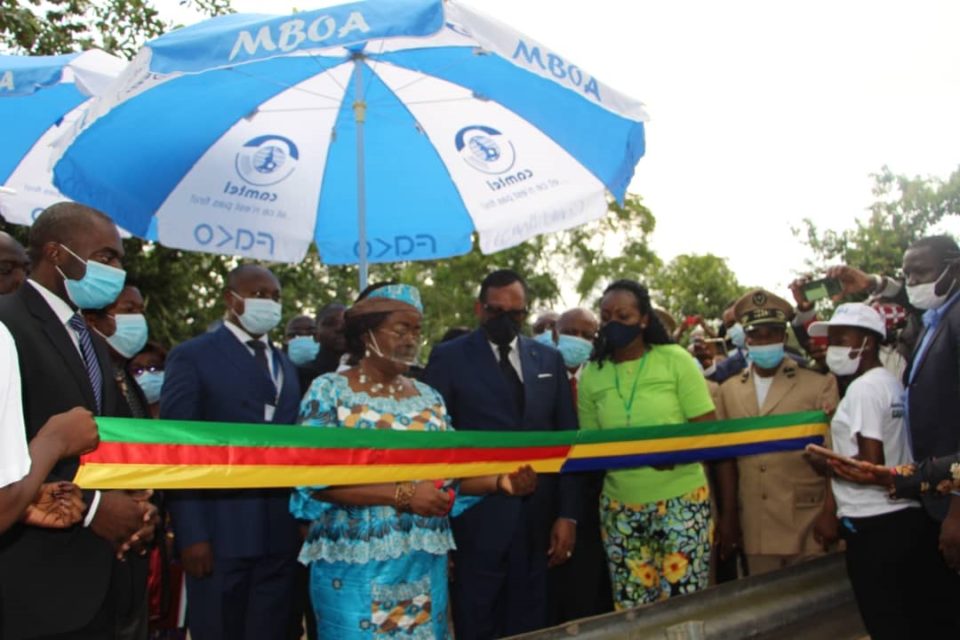 The two countries are now interconnected by Camtel’s fibre optic.

The interconnectivity was launched on Thursday July 15 in the border town of Meyo-Kye (Gabon) by the Minister of Posts and Telecommunications Minette Libom Li Likeng and Gabon’s Minister of State, Minister of Communication and Digital economy Edgard Anicet Mboumbou Miyakon. The cable network is laid underground from Kye Ossi in Cameroon and Bitam in Gabon and interconnected by a box on the Ntem River that separates both countries.
The 22-kilometre infrastructure from Cameroon to Gabon celebrates the engineering strength of Cameroon Telecommunications, Camtel. Cameroon is allowing Gabon to use its submarine cable infrastructure that has the capacity to cover the Cemac region and further.
Experts are forward-reading a leap in the digital economy of the two neighbours.
With the new infrastructure, telecommunication exchanges between the two countries will be direct and costs would drop. At the launching of the telecommunications infrastructure,  the Minister of Post and Telecommunications, Minette Libom Li Likeng said the move epitomises the commitment of President Paul Biya and his counterparts of the Cemac to sub regional integration and a demonstration of their federated will to move from words to action.
Minister Libom Li Likeng said: “Fibre Optic plays a vital role in sub-regional integration. That is why we are investing in joint projects…their deployment [fibre optic] has grown, offering new opportunities in areas related to health, education, online banking and administration, social networking and internet telephony.”
The infrastructure is an outcome of a Memorandum of Understanding signed on November 28, 2019 in Libreville, Gabon, and part of the broader Central African Backbone Project (CAB4).
Camtel’s Technical Director, Clement Ayafor says the infrastructure is technically sustainable . Ayafor said: “Appropriate measures have been taken to secure this new, latest-generation infrastructure from vandalism” “The interconnection has been tested and confirmed technically viable and the availability of service rate stands at nearly 100%, in accordance with IUT (International Telecommunications Union) standards,” he added. 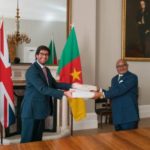 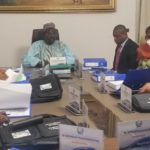