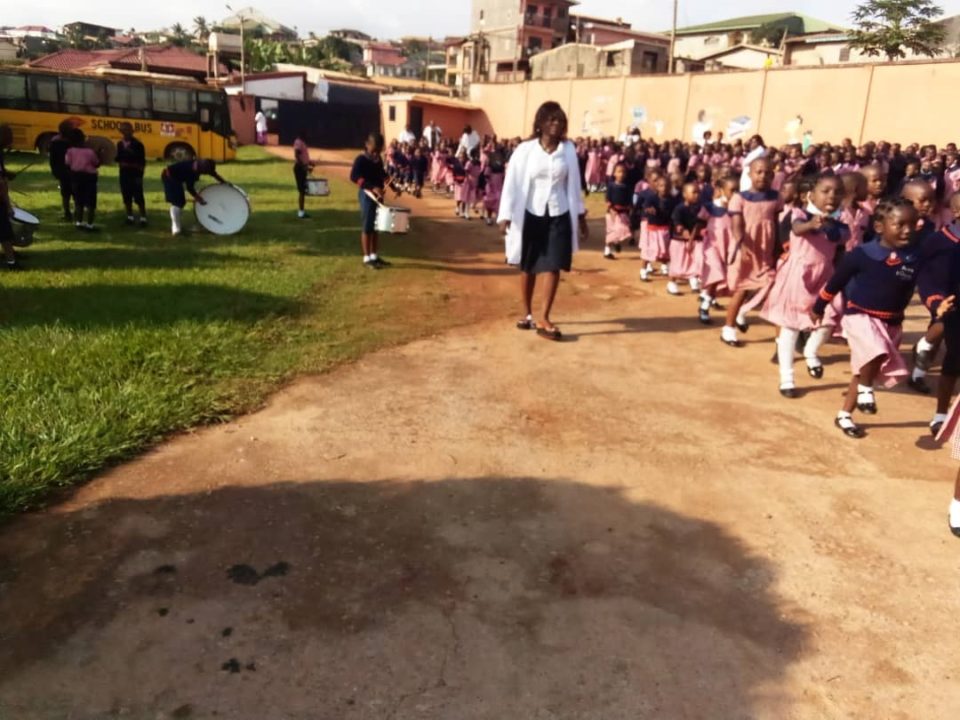 Students and pupils in Yaoundé regained the warmth of their classrooms on September 6 after a two-month holiday.

At exactly 7:30 am, Monday September 6, the gates of Mario Nursery and primary school complex in Mendong flung open. Parents and guardians could be seen streaming into the school campus, as they helped their children to find their classrooms, choose their sitting positions and discover who their teachers will be as they begin the nine-month long academic journey.
The noise was deafening as the younger ones who have not left the comfort of their homes for a school environment screamed in protest as their parents bid them goodbye. The cries yielded no fruits as their future depends on this difficult but important momentary separation.
A young Nursery one boy whose mother had dropped him in school tried to sneak out but was immediately stopped by one of the teachers who noticed him. The young Jerry was reprimanded by the teacher saying “Stop this poor behaviour young man and get to class else I beat you,” the teacher shouted.
Though it was the first day of school, some parents who had not registered their children could also be seen queuing up to pay the required fees so their children could join their peers. The many things calling the attention of the School authorities on this first day constrained them to delay their usual general assembly meeting time. Instead of 7:30 to 7:45 exceptionally, the assembly started at 8:15 with the execution of the Cameroon National Anthem.
The Head Mistress Collette Lawong welcomed the pupils and gave them instructions. She called on them to respect time, be neat, respectful and studious. Mrs. Lawong told her “friends” as she affectionately called the pupils that “I easily fall out with lazy pupils. This school stands for excellence”, she insisted. Their attention was also drawn to the prevailing health situation and the need for them to respect Covid -19 barrier measures.
The children then retired to their classes and began their first lessons. This same atmosphere prevailed in a Secondary school named “the Cradle of Angels” in the same neighbourhood.