Sceptics failed to not believe the Head of state, Paul Biya when he promised on November 03, 2011 while taking his oath of office for another mandate to transform the nation into a vast construction site.

But today is the answer. Even the blind are cognizant of the heavy works that are ongoing across the national triangle in diverse sectors of our economy. Early February 2012, President Biya ordered a special road maintenance program totalling FCFA 100 billion which he termed “emergency road works.” Contracts for these works on his instructions were due to be awarded by mutual agreement. But due to some irregularities, the Works ministry preferred to take its time and ensure they selected the best to execute the works. Work is currently on course on most if not all the earmarked sites. French road construction company, Razel is currently scraping off the old tar on the Yaoundé – Bafoussam – Bamenda road and laying a new coat. They are also rehabilitating the Dibamba bridge while Super confort which was selected to rehabilitate the Kumba – Mundemba earth road is currently transporting its equipment to the site following the service note issued them by the Works ministry. The Douala – N’Djamena corridor is almost complete. Among other road projects Ayos – Bonis was commissioned last year, while the nightmare of travelling from Bamenda to Mamfe by road is now history following the near completion of the stretch which is due to go right to Ekok at the border with Nigeria. Added to these are the Kumba – Mamfe whose funds have almost been entirely gotten from the African development bank and the Bank of central African states. Preparatory works are on course for the construction of a dual carriage way to link the two capital cities of the country while a second bridge is in gestation over the Wouri river. The East and West entries into Douala would be decongested with the construction of new access roads. For all these works funds have been secured and according to the Works minister, Patrice Amba Salla they are due to begin in the first quarter of 2013. Meanwhile work is intensifying on the first phase (Ndop – Kumbo) of the Ring road in the North west region and a close to 500 Km rail is due construction from the Mballam Iron ore deposit in the East region to the Industrial ports complex in Kribi. Here the port is being built to ease the exploitation and exportation of Cameroon’s sub soil wealth.Meanwhile the energy sector which President Biya describes as the lever of Cameroon’s industrialization and economic growth is receiving due attention. On June 15, 2012 President Biya personally laid the foundation stone for the construction of a hydro electric dam on the Ntem river at Nyabizan, South region. Estimated at FCFA 410 billion, the dam would generate at least 201 mega watts of energy annually. From Nyabizan the president moved to the East for the same exercise at Lom Pangar. This dam would generate 170 mega watts but it would be even more profitable as it would ease the valorisation of the Sanaga river since it would be injecting six billion metres of water there-in every second all year round. In thesame vein, the Mekin hydro electric dam project though yet to be officially launched by Cameroon’s number one builder, work is far advanced there. After a visit on the site July 2012, South regional governor, Jules Marcelin Njaga said work was 30% gone. To these hydro electric dams comes alternative sources like biogas and solar energy while the Kribi gas powered plant due to add 216 mega watts into the national grid has been completed and successfully tested. For its part Katsina Ala river in the North West’s Menchum division following preliminary studies promises 850 mega watts of hydro power when completed. With these, Cameroon is moving towards energy self sufficiency. Investors who were earlier scared to come to Cameroon for energy inadequacy can now heave a sigh relief. Canadian aluminium smelters, Rio tinto alcan has announced its plans to double production. Even households which over the years have suffered rationing can now be sure of a steady supply of energy in the nearest future. 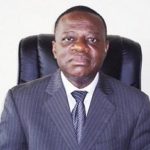