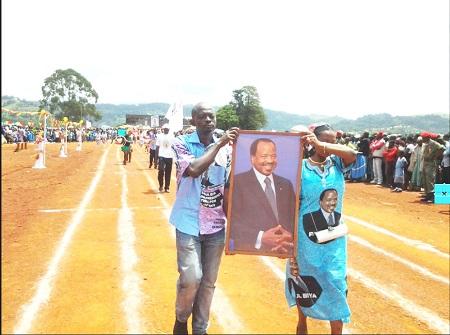 The 41st edition of the National Day was celebrated with delight and ecstasy in the head quarter of the Bui division in the North West region of Cameroon.

Tens of soldiers as well as thousands of pupils and students from 90 primary schools, 29 secondary schools and one institute of higher learning answered present at the Tobin municipal grand Stand in Kumbo. They were followed by thousands of members of politico-economic and socio-cultural groups who joint millions of Cameroonians across the ten regions of Cameroon to celebrate the union between French and English speaking Cameroonians, dating back to May 20, 1972. In line with the ceremony’s ritualistic character, the award of medals pulled the curtains. This phase was marked by the award of Mrs Tumi Catherine Laka, mother of Christian Cardinal Tumi, raised to the Knight of the Cameroonian Order of Merit, by the Senior divisional officer for Bui, Nzeki Theophile. Up next was the military march pass led by Chief Warrant Officer  Engolo Jacques of the Kumbo Gendarmerie brigade. The civilian march pass which was animated by the Kumbo Municipal council band started with government nursery and primary schools, followed by those owned by private individuals and religious associations. As the ceremony gained steam, secondary and high school students from day and boarding schools thrilled the audience with well calculated footsteps, organized arm swinging and high level concentration, accompanied by the melodious notes of the local council’s orchestra. Top in this category was the Presbyterian Comprehensive High School, which marched pass the grand stand with huge effigies of the President of the Republic and described by the local commentator as “unbeatable when it comes to marching” and as “an arena of discipline”. Professional associations in the likes of Blood donors of the Shisong hospital, Saint Augustine Professionals, the Opportunity Industrialization Centre and the Association of motor bike riders also played a role in the success of the event. Then came time for political parties active in the Kumbo sub division. Militants of the Cameroon People’s Democratic Movement (CPDM) gave the cue. “We came out en masse to end 17 years of domination by the Social Democratic Front. Our massive presence here today is to assure the leader of our party that upcoming municipal and legislative elections will unfold in favour of the CPDM as far as the Kumbo sub division is concerned”, said Adeline Mbenkum, senior official of the ruling party in Kumbo. Acting in line with the CPDM, masquerades left their shrines while traditional rulers left their palaces to march and celebrate in support of the election of Mrs Emma Lafon as first Senator of the Bui division and to promote the ideals of Paul Biya’s action based leadership. While all CPDM militants marched in their party’s regalia, some of their counterparts of the SDF did so in assorted outfit. Other political parties present at the Tobin municipal grand stand included the Union for Democracy and Progress as well as the National Salvation Front of Cameroon. The four hour 30 minute ceremony ended with the award of prizes to pupils and students who demarcated themselves by outstanding performances during activities organized in prelude to the National Day. The icing on the cake was done by a mini cultural animation by local artists. Celebrants performed a unity dance which was a pure mélange of the sounds and rhythms of the 10 regions of Cameroon, with Tata Kinge and the historic cha-cha dance of Gbea representing the South West region, site selected by the President of the Republic for the upcoming anniversary of Cameroon’s reunification. Other artists present included Richard King, the traditional group representing the three Northern regions of Cameroon. Present at the grand stand to accompany the S.D.O for Kumbo was the town’s mayor, Njong Donatus, the president of the S.D.F parliamentary group at the National Assembly Hon/Dr Joseph Banadzem, senior officials of the military and the National Security as well as traditional rulers and other dignitaries. 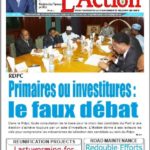