The sub divisional coordination committee for Mfoundi IV was handed an encyclopedia of registered militants of the section to facilitate its work in the reorganisation process.

The Mfoundi IV party house premise in the Nkolndongo neighbourhood was jammed to capacity Monday October 19, 2015 with militants from the section to witness the official launching of the renewal exercise in the subdivision. Presiding at the information and sensitization meeting was the president of the committee Hon. Djomgoue Paul-Eric who after the refrain of the national anthem sung by the militants took the floor to thank them for their turnout. Before his keynote address, he let the committee members present themselves to the militants noting that they were all experienced and committed militants who upheld the ideologies of the party. He opined that the current reorganization though a tradition in the party was peculiar this time in the sense that it was an occasion not only to provide the party with dynamic grass root leaders but also foster democracy within the party. He noted that though their mission was an important and delicate one, they intended to work within the ambits of the Secretary General’s memo which cautioned them to be objective, impartial and neutral in their dealings.
One of the chargés de mission, Zambo Crépin with the assistance of one of the militants painstakingly read out the National President’s Circular of July 27, 2015 as well as the Sg’s memo in their entirety. Throughout the reading, the men and women exclaimed and applauded as they understood the guidelines embedded in the documents. While some nodded in agreement when mention was made of the eligibility and what it entails others cast doubtful looks around the hall when guidelines of the election proper were read.
The section president for Mfoundi IV, Evini Avang Jean Jacques presented the state of affairs of the section starting with the sale of party cards that was launched in November last year. He stated that thanks to the work of the commissions put in place during that period, they had been able to produce an 800 page document which he termed the “encyclopedia of Mfoundi IV” comprising the names of registered militants of the section.  The document he said would be updated in the days ahead with the registering of more militants which would then warrant the validation of the political directory.
The question and answer session was an occasion for the committee members and its president to shed some light on worries presented by the militants. While one branch president surprised the crowd by announcing that they had already carried out their own renewal and had even gone ahead to install the executive, another was concerned with the shortage of membership cards. To these Hon. Djomgoue said more cards would be obtained and for that with the document handed them by the section president, they would meticulously work for the good of all. 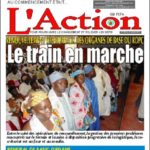 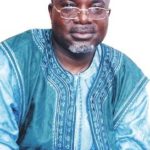