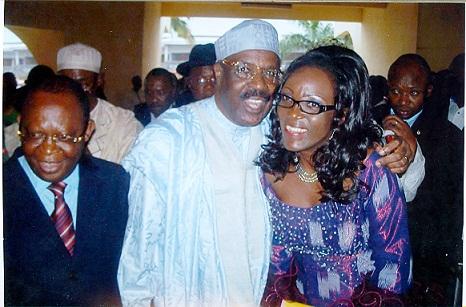 Close to 500 elite traveled from across the country for the fundraising to support Biya’s presidential at the bamenda congress hall last Saturday July 16, 2011

The idea to raise funds to sponsor Biya’s campaign was conceived by Prime Minister Philemon Yang. The PM then appointed El Hadji Baba Amadou Danpullo as the National Coordination Chairman and North West coordinator for the fundraising exercise. FCFA 260 millions was raised at the launching phase in Yaounde on Wednesday July 13, 2011 with Danpullo donating FCFA 100 millions. The initial target of the exercise was set at FCFA 500 millions. Meanwhile a sum of FCFA 140 millions was raised last Saturday bringing the total figure to FCFA 400 millions in just two weeks of the exercise. The solidarity of the North West elite moved, Baba Amadou Danpullo who chaired the fundraising to announce the creation of an apolitical North West elite meeting in the future.

PM Yang was represented in Bamenda by Dr Fuh Calistus Gentry, Secretary of State for Mine, Technological Development and Energy.
Yang’s envoy told the elite crowd that in making the donation it is an indication that North West wants to build a future and go beyond motions
of support. According to him with the exercise being voluntary, “it is a mark of trust and confidence” north westerns have in their “beloved leader”-Paul Biya.
He regarded the visit of the Head of State to the region last December his reassurance of confidence and interest in the region. He cited the state university, referral hospital, work on the ring road, Mechum hydro-project and thermal plant as pointers of this concern.

Event Proper
Baba Danpullo’s address was the opener. He expressed “profound gratitude” to Biya for appointing Yang Philemon of North West origin as PM whom he described as “hardworking and honest”. The billionaire used the occasion to call on all north westerners to “register massively and vote” for President Biya in the October poll. Such a vote according to the chairman is a sign that north westerners cherish the peace and unity that reigns in Cameron. Biya, he said is the candidate that will ensure stability and development.
The co- national chairperson and assistant North West coordinator, Ngamfon Awanga Zachariah donated 30 million. As the CEO of Samaritan Insurance Inc and Board Chairman of National Financial Credit Bank, Mr. Awanga was the highest contributor in Bamenda and the second in the national scene, after Danpullo.
Other key contributors in Bamenda included Swine Company with FCFA 10 millions. Governor of the littoral region, Fai Yengo with FCFA 8 million, John B Ndeh -5 million. The North West Fons Union, NOWEFU demonstrated their support to their colleague, the Fon of Fons –Paul Biya with 5.2 million.
The business cream was also on hand to support the exercise. George Tuma a Douala based businessman sent 10 million, Tachang Puis -3.5 million, Edison Fru Ndi -3 million, Jing Maxwell,Tawah Cresy-2 million each. Ubango Helly, Nsoh Joseph aka Essoka Security and other business heavy weights gave 1.5 million each. Veteran politician and former PM, Simon Achidi Achu donated FCFA 2 million likewise Michael Ndoping of National Cocoa and Coffee Board. Pa Njawa of Cdeno, Peter Ngufor of Farmer’s house, Prof Gwanforbe of Bamenda University, Kometa Solomon each donated one million francs. Fon chafah XI of Bangola, Fon SN Angwafor III of Mankon debunked public opinion that palaces are receivers by donating 500,000 Fcfa each. The lone donation of CFA 200000 from a youth wing section president of the Cpdm came from Mezam I Ycpdm president,Peter Chenwi. Mayors, section presidents and delegates of administrative units also made valuable contributions.

Yaounde Flashback
According to a list from the secretariat of the national committee for the exercise, which began in the nation’s capital with 34 attendees, PM Yang , contributed FCFA 20 million, Ama Tutu Muna of Culture FCFA 10 million, Minister Atanga Nji Paul-8.5, Ghogomo Paul who is the director of the PM’s  office -7.5 million. Fuh Calistus paid in FCFA 6 million while Emmanuel Ngafesson donated 5 million.
Hon Fidelis Nji, questor at the national assembly paid in 5 million while Hon Buba Wirngo and 7 other MP’s of the region donated 1 million each. Former ministers Peter Abetty and Francis Nkwain offered FCFA 2 million each. Prof Uphie Chinje Melo, director general of MIPROMALO gave 5 million while the Government Delegate to the Bamenda City Council, Vincent Ndumu Nji gave 3 million.
The business class also showed strength in Yaounde. Shey Jones Yembe of Mac construction and Njong Eric Njong of BUNS contributed FCFA
28.5 million each. Marcus chick an influencial member in Momo I section chipped-in 3 million francs which adds to party uniforms offered to militants earlier. Other contributors included Judith Achidi Achu, Shey Peter Mabu of SOPECAM who each gave a million francs.
The next fundraising rendez vous would be in Douala, then South West ahead of Yaounde
and the finale in Bamenda. 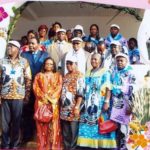 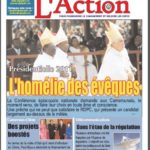