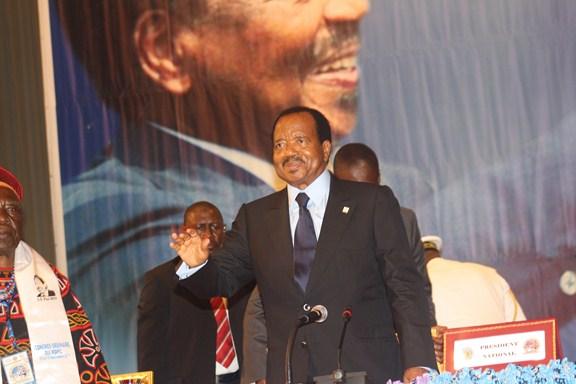 In his usual sharp and calm delivery, President Paul Biya’s campaign manger revealed the manifesto of his candidate on the maiden edition of the state owned Tv late night political forum Saturday, September 24, 2011.

The campaign manager of the Cpdm “champion” , prime Minister Philemon Yang acknowledged that a vote for President Paul Biya is a choice for the strongest merits of Cpdm led regime; peace, stability and order. “A vote for Paul Biya is a vote to continue living in peace… for a fresh impetus, a creative, an innovative and a daring Cameroon,” he addressed the electorate. “Major accomplishments” was publicized as the banner under which this term is placed. The candidate of the Cpdm through his herald pledged to build a strong Cameroon which is possible and imperative by consolidating peace and national unity. Yang said the key area of intervention will be education to ensure an equal opportunity for all youths. He said in the next seven years, Paul Biya will continue his war against unemployment, illiteracy and corruption. Biya will also continue to scale up the energy capacity of the country and make sure that Cameroon’s external trade is not over dependent on imports. Saying, “dear electorate vote for Paul Biya on October 9,” the prime Minister brandished President Biya’s ballot card which bears Biya’s face at the centre and the emblem of the Cpdm party.The programme is open to the other 22 contenders for the country’s top job. Outside Sdf, Cpp, Apf presenters, a chunk of the candidates or their heralds were either poorly dressed- suffocating in party gadgets or were incoherent in their delivery. The leader of Merci party, Feuzeu Isaac in his attempt to define the general objectives which he wants to achieve if elected did not only bury  his head in the scrap paper he used but his address was full of gaps as he spoke with drowsy eyes. His delivery could push a viewer to zap to another station, laugh, sleep off, engage in another discussion or switch off the Tv. Some of the parties lacked “content” and drifted to insulting the regime in power. Hubert Kamgang, Upa candidate based his address on just two objectives; change the legal tender of Cameroon from Fcfa to “um” and “no business with France”. He failed to give the alternative country he will choose as partner if elected president. For comic relief, he displayed the sample of the “new Cameroon bank note” come October 9.Meanwhile, Anicet Ekane of Manidem who was the last to join the race after the Supreme Court decision held his first rally at a visibly empty square in Boumnyebel. He failed to divulge his slogans, term and objectives but opted for “an easy way-out”- insulting the Cpdm government leader and his supporters, referring to them as “witches and wizards.” The diminutive Kah Walla began her campaign in Douala where she has worked for close to 25 years with the laying of a wreath on the tomb of Rudolf Douala Manga Bell, one of Cameroon’s nationalists. She later led a parade across the streets of Douala likewise the Sdf that staged a support march for its candidate, John Fru Ndi, from its littoral headquarters through the streets Douala. While marches took place, a meeting of the Cpdm campaign manager (Philemon Yang) and national campaign coordinator (René sadi) with Cpdm campaign teams at the party headquarters in Yaounde. The public Tv said it was a planning meeting in which concerns were answered, according to the secretary General of the party. It was during this meeting that the Cpdm manifesto was unveiled. The state owned broadcast media also put on air the installation ceremony of the newly elected bureau of the Wcpdm. The national bureau president, Yaou Aïssatou said the women “want to plebiscite Paul Biya” in the October poll. According to the secretary general René Sadi the women “play an irreplaceable role” in the party reason why the Cpdm counts on them. On samba Tv, the Nyong et So’o division through the leaders of its cultural and development association, Adenso’o declared Paul Biya as their choice for president, during a meeting held Sunday 18, 2011.Speaking on Saturday’s edition of “Etoudi 2011” on Equinox Tv Douala, the candidate of the People’s Action Party, Pap Hon. Paul Abine (Cpdm defector) who was main guest spelled out his convictions and agenda. He failed to develop a sound and convincing economic plan. He talked of probity in the management of state funds which editorialist Suzan Kala Lobe described as “not good enough” to build a strong Cameroon. She also remarked on the 35 point manifesto of Pap saying lacked; targets, deadlines, datelines and moreover the ideas expressed are jumbled. Hon. Abine was just from launching his campaign trail in Tombel. New political debate programmes have sprung while periodicities of old ones have been changed. Political forum is now daily and open to all 23 candidates with equal air time unlike before when it was weekly and open only to political parties with parliamentarians in the National Assembly. Carte Sur Table on Stv is now daily while Etoudi 2011 and Sur le Chemin de Palais are new late night debate programmes on Equinox and Canal 2 respectively. 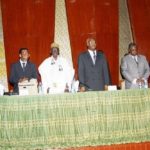 North- west : Victory is a must 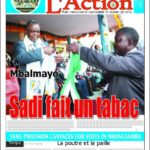