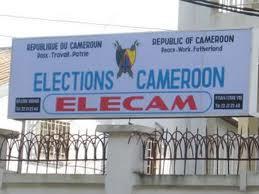 Though the elections organising and supervisory body, Elecam, connived with the opposition Social democratic front, Sdf to outplay the Cpdm, the latter still succeeded in clinching victory here.

As usual it was a very tough fight between the ruling Cpdm and the opposition Sdf here in Meme and particularly Kumba. Knowing so well that the Cpdm had done its homework ahead of the election by massively ensuring the registration of the diehards and sympathisers, the Sdf here opted for a counter measure in connivance with the Elecam divisional chief, Divine Mewanu. According to Meme I A Cpdm section president, Prince Ekale Mukete, “large swaths of registered voters did not find their names in polling stations where they voted in the 2007 twin elections.” In his words, “the voters register for practically all the polling stations in Meme were I retrievably tainted by wholesale incompetence, skulduggery and by the acts of dishonest individuals within the ranks of Elecam in the division.” But with all of these anomalies the Cpdm still emerged victorious in the division as per the trends we had at press time. In the Kumba I sub division all the results had come in and Cpdm won by 58 percent while the Sdf and Pap parties came second and third. In the Mbonge sub division out of the 168 polling stations that were erected for the election results had come from at least 128 at press time.

While awaiting those of the remaining 40, the Cpdm had already scored 20.000 votes as against 7000 for the Sdf. It is worth noting here that on the eve of voting day, material was sent here except Cpdm ballot papers. It took the prompt intervention of the divisional officer for the situation to be addressed. Meanwhile it is also worth recalling that the local Elecam chief had locked the ballot papers in his office for a reason yet to be known.in one of the sub division’s villages called Ekombe almost all the Cpdm militants who registered never voted because their names did not feature on the register neither were they issued voters cards. Instead names on the list were those of non-residents of the village. According to the Cpdm council team leader for the campaign, Andrew Mofa Otte, “Elecam has messed up. They have not done the job the Cameroonian people expected of them. They deprived most of our people their right to vote. Imagine Mbonge with over 68000 registered potential voters and less than 30000 finally voting.” Over in Konye, the Cpdm team leader, bertha Ndoh said out of the 100 polling stations they had, results for 50 have come in and the Cpdm is winning by 70 percent. To her, “my people have always been wise and this result is proof that they have remained thus. We have problems and we know who incarnates the solutions to those problems.” It took the extra effort of some committed grassroots leaders of the party for the latter to clinch this victory. Prince Ekalle Mukete of Meme I A hired buses and a few cabs that transported displaced voters to their polling stations. For its part, the Meme I C area under the helmsman ship of Hon Abel Mukete and Mayor Samuel Ndeme benefitted from all sorts of assistance. But the cosmopolitan nature of the place betrayed the Cpdm though the latter lost only by 29 votes. The Kumba II area which is the most cosmopolitan of the sub divisions in Meme was also won by the opposition. “But when all the results would have been compiled given the landslide victories coming from Mbonge and Konye, the Cpdm will emerge overall winner in the Meme division,” Cpdm observers said. 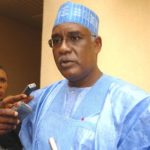