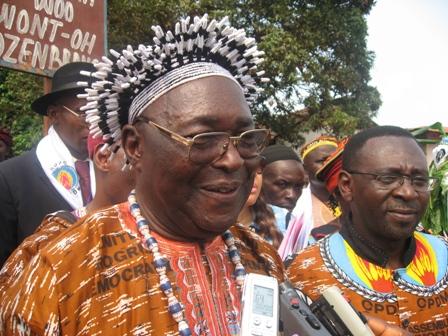 After a week of campaign for the candidate of the Cpdm, Francis Nkwain outlines the conviction of the Boyo people in voting President Paul Biya, one who meets their aspirations.

It’s been one week since campaigns started, what is your assessment of the exercise this far in Boyo division?
We set of on a good footing with regional launch by the regional campaign coordinator, H.E Simon Achidi Achu. On Monday we launched our divisional campaign in Fundong. It was heavily attended and the instructions from the national chairman, Paul Biya were handed over to the people and we went to work accordingly leaving no corner untouched. The highlight of the campaign was the visit of the National campaign manager, H.E Philemon Yang. The crowd in Belo, Fondong and Njinikom showed the level of our preparation for a huge victory for Paul Biya. I was in Bum and Fonfuka to meet the people myself and I saw a hectic crowd ready to vote for him. During this campaign, I have noticed a change in the attitude of Boyo towards the Cpdm. I can say midway down the road of this campaign, we are exceptionally surprised with the changes which are phenomenal in Boyo which used to be a bastion of the opposition. Troops of Sdf supporters that are campaigning for Paul Biya, are very assuring.
All we can do is to wait and see that all goes well.What accounts for this change of attitude?
The significant change started with the visit of the Head of State to our region last year. It showed us the picture of change even though John Fru Ndi appears to be an appealing candidate to the population of the North West. The usual Cpdm and Sdf rift is yet to be seen. Also, President Paul Biya’s promises to the population on the 8th of December have been fulfilled. In the course of this campaign, we were in Bambili for the installation of the Pro and Vice Chancellors of the University of Bamenda. I was very happy because the event took place in Bambili, seat of the institution and has settled some of the issues that wanted to divide the population here. This is proof that change is here and the people are coming to grips with President Biya’s style. It is clear now that the division was only because a son of the soil (Fru Ndi) was leading a party and north westerners felt they must support him, now they are using their reasoning and saying thank you to Paul Biya for the wonderful gifts they are receiving.
What has been the message to the electorate in Boyo division?
The message we give is that of the moment of truth for the people of North West.  Since reunification leaders of the North West region have always been side by side with the Head of State, they have always been up on the front line. For some reason the region has turned away from this leadership position and tried to formulate theirs. The message we are giving is that it is time to realize that we have never been marginalized. We were part of actions taken for the building of this nation and our participation has always been appreciated. Secondly, we want them to feel comfortable as Cameroon since Independence, Reunification and the record events to mark 50 years of the armed forces and Independence last year demonstrate that steadily we have been building our nation which is getting stronger and wiser with the leadership of President Paul Biya.
I think the region is turning towards him more forcefully.How do you intend to round off this decisive week?
You know we had that we will be playing mouth to ear campaign. We will continue with this and on Thursday we will gather for a huge meeting in Bamenda in the company of Biya’s national campaign manager while another will follow in Fundong again on Saturday for us to take stock. It will be time to say thank you and to insist that those who will represent the party at the various polling stations are there to make sure they defend our votes. Another thing we have been doing is cross checking if voters ‘cards are being distributed and we are very happy that officials of Elecam are doing their work as prescribed.How did the funds raised by North West elite to support the campaign bid of president Paul Biya help in this exercise?The greatest thing that has happened to the North West has been continuous action by the North West elite. During the Prime minister’s maiden visit and that of the Head of State last year and now it is this election.
This action by the North West elite raising funds to cover necessary expenditure has been very helpful in covering some expenses.Any special measures taken about Sunday?
Yes, it is to make sure that those persons who have been selected to represent the candidate at the polling station are there and happy. I think it will be a clam day. It is a solemnity and prayers in the various churches will be said earlier than usual to give people the time to go and exercise their civic right 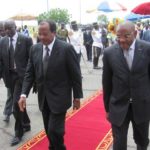