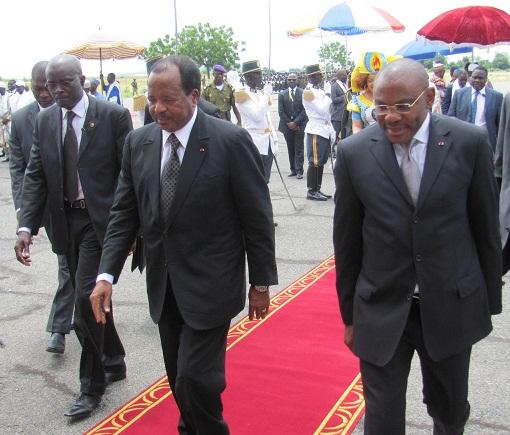 Six days to the close of the campaign in view of the presidential election, the national president of the Cpdm, Paul Biya has been reassured of his victory by the people of the Far North region.

The event was broadcast live on Crtv, showing the huge turnout of militants and sympathizers of the Cameroon people’s democratic movement (Cpdm) from the nooks and crannies of the Far North region. Various dance groups from areas like Darak, Logon and Kousserie as well as Bogo demonstrated dance steps as they brandished their placards bearing messages. Clad in the different colors of the party, the men, women and youth wings of the party as well as sympathizers braved the scorching sun to acclaim their Champion who landed at the Salak airport of Maroua, accompanied by his wife Chantal Biya. Radiant as usual in her blue party outfit, she smiled and waved as they were received by the Governor of the Far North region Joseph Betty Assomo. After the national anthem and military honors, President Paul Biya and wife were given a standing ovation as they moved to the Lamido Yaya Dairou municipal stadium. Welcoming the national president of the Cpdm to the “beautiful” Far North region, the government delegate, Bakari Robert compared their joy of receiving Paul Biya to the triumphant return of a son back home. He mentioned that the national president of the Cpdm Paul Biya was a hero and an initiator of great ambitions and projects. Reason why they would once more lean on him to take care of their worries. He quipped that Biya did not need to campaign in Maroua because for them he was their only choice. He enumerated the numerous developmental projects that had seen the light of day in the region thanks to Paul Biya with others in the pipeline but like Oliver Twist, they are asking for more. The regional coordinator of Paul Biya’s campaign in the region, Hon. Cavaye Yeguié Djibril said “we are all with you, and solidly behind you”. He assured the president to count on the Far North region on their commitment that would be respected on Sunday October 09. The first Lady was thanked for her philanthropic deeds in the region and for her continual quest to better the living conditions of the population. It was declared that the people would bar all roads to any harbingers of doom because “Paul Biya is the incarnation of peace and stability”.Showing their gratitude to the presidential couple, the people offered significant gifts comprising of cows, horses, wraps of loin cloth and locally fabricated chairs from leather and cow horns. In Foufouldé, the lingua franca of the region, the President said “isoko” meaning thank you. This was received with several rounds of applause. He said it was not by chance that he had come to Maroua but because he was aware of their constant support. He presented his agricultural program which if respected would reduce or cork the importation of food. He nonetheless outlined the road covered as far as developmental projects in the region were concerned, saying that their demands had been heard and would be taken into consideration. The president’s departure from the stadium was marked by singing and dancing and as some men with bear chests could be seen executing wonderful dance steps with sticks in hand. 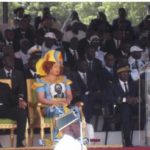 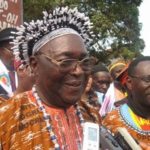