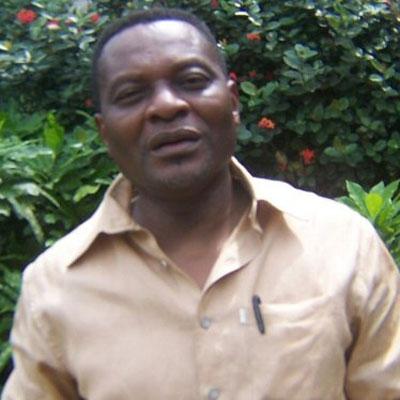 Discovering the move he had joined six other opposition leaders to take was a very wayward one, Manidem’s presidential candidate at the October poll, Georges Anicet Ekane has declined.

The opposition click led by the Sdf chieftain, John Fru Ndi issued a declaration late Monday calling on the Supreme Court which is seating for the constitutional council to completely cancel the October presidential showdown and decree the holding of another in six months latest. “If the election is not cancelled and reorganised in six months, we will call on Cameroonians to take to streets in protest,” the joined statement read. To the Manidem candidate, “we are not for violence in this country. Our position was clear. We wanted a transitional government to be put in place to take over from Mr Biya.” But what transitional government, when an electoral competition has just been held with both national and international observers describing its conduct as fair?  Opposition sympathisers said they expected their leaders to unite and constitute a common front against the Cpdm candidate instead of coming together in doubt of a victory to put the country on fire. In one of the presidential aspirants who was a non signatory to the “Yaounde call,” Daniel Soh Fone, “all their children are out of the country, so whose children do they want to send to the street?” he quizzed. It should be recalled that the front liner of this click, John Fru Ndi had prohibited his party militants from enrolling on electoral register in the build up to the election until two weeks to the close of the register. Keen observers of the Cameroonian political sphere suggest the two week period was too short to enrol all his militants and apparently Fru Ndi fears he would lose the election which is his last opportunity to ever run for presidency. He clocked 70 mid this year. Upon his inauguration as Sdf presidential candidate, he declared it was the last presidential election he was participating at as aspirant. Mr Fru Ndi claimed victory a day after the election in the Centre, West, North west, South west and Littoral regions and said he was coming to Yaounde to auto proclaim himself winner of the poll.For his part, the national president and candidate of the Ecologist movement party, Pierre Fritz Ngoh described the Fru Ndi led band as “political cinema.” He urged Cameroonians to sue for peace and shun any sort of violence. Against the same backdrop, the secretary general of the Cpdm central committee, Rene Sadi in reaction to the call, said “I am surprised at the calls given the satisfactory conditions in which the poll was held.” Out of the 22 candidates that were retained for the October 9 presidential election, only six are calling for revolts. They are Edith Kah Walla of the Cpp, Fru Ndi of the Sdf, Jean Jacques Ekindi of the Mp, Ndam Njoya of the Cdu, Albert Ndzongang of La Dynamique and Ben Muna of the Apf. The Cameroonian political sphere is stunned to see Ben Muna, and his former boss, John Fru Ndi who had been at daggers drawn over Sdf leadership. For her part, Edith Kah Walla resigned from the party to fulfil her ambition of running for presidency. Earlier on she had defied party chairman to call on Sdf militants to register on the voter’s list. To this end she was tagged dissident and accused of haven misappropriated funds given her to run Sdf campaign in Douala in the lead up to the 2007 twin parliamentary and municipal elections. No incident has been reported so far. This is the second time in a year manipulators who want to justify money obtained from western supporters are eager to see Cameroon on fire are calling for street manifestation. But as in the past, the Cameroonian people have remained calm and serene but very vigilant. Life is on its usual trend nationwide. 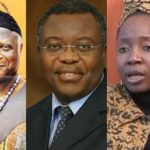