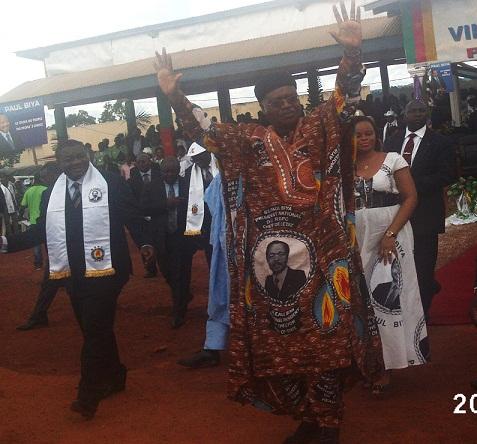 From Ako/Misaje to Nwa through Oku/Noni, Balikumbat and Ngie, these special constituencies stood out as ‘shining cities upon the hill’ for candidate Paul Biya at the last October 09 Poll.

With the exception of the Santa special constituency, all the special constituencies in the Northwest Region voted overwhelmingly for candidate Paul Biya and the Cpdm. The special nature of these constituencies augured well for the massive vote as most of them have traditionally voted in support of the Cpdm.Naturally, Ako/Misaje would have so many reasons to show for constantly supporting Biya. Before the vote proper, the flag-bearer of the constituency, Fuh Calistus Gentry had declared the zone as a “Cpdm bastion” and wondered whether there could be any sound choice for his people other than President Paul Biya. Ako, Misaje and Nkanchi were beaming with electricity only days ahead of the poll.
What with the special effort and contribution of the son of the soil and Vice Minister for Mines, Industries and Technological Development, to see to it that light shines in his constituencies despite the very slow motion of the contractor to provide the giant generator on time. What with his commitment to see that everybody connected to the grill uses free for the next ten days. What with a special voter turn out competition launched for the almost 30 villages in Ako/Misaje.
All these efforts paid off big time at the close of the polls as returns in Misaje alone signaled an overwhelming victory for candidate Biya. Hence street lights now indicate that Ako and Misaje are truly shining cities upon the hill that can no longer hide their support for Biya. It would not have been different given that Ako/Misaje already prides itself of two Cpdm-run councils and one parliamentarian. Votes from this special constituency came to rescue Donga Mantung from sliding decidedly into the waiting hands of the opposition SDF.The story from Nwa, still in Donga Mantung tells of a similar feat as over 50 percent of the voters in that constituency renewed their confidence in Biya Paul. Despite the poor road infrastructure and despite the stiff resistance from the opposition SDF, Nwa mustered the courage to support Biya in his reelection.  Balikumbat as usual gave in its all to garner support for Biya at last October 9 polls. Practically all the villages that make up the Subdivision voted in favor of Biya.
Thanks to the untiring efforts of section President, Dingha Ignatuis Bayern and former MP, Fon Doh, a clean sweep of the constituency was made. This came to confirm the campaign launch message from section President that Balikumbat was a Biya fief. Votes from this area plus Bambalang in Ndop Central came to rescue Ngoketunjia from the hands of the opposition SDF that was poised to regain territory.Oku/Noni, PM Yang’s constituency turned full circle to throw their support behind Biya. In the process, they increased the Cpdm tally in Bui, a traditional opposition stronghold. With upwards of 70 percent Oku proved to the world that Biya was not wrong in selecting Philemon Yang as his national campaign manager. What with a beautiful road and pockets of employment opportunities now enjoyed by this constituency thanks to Yang.Pockets of special support to Biya came from Ngie that had already provided a parliamentarian for the Cpdm in the 2007 twin elections. Although the battle was tough and rugged the Cpdm candidate did not do badly here. The only casualty for the Cpdm in terms of special constituencies in the North West region was the Santa Special constituency where the Sdf inflicted fatal wounds on the ruling Cpdm. This was part of a larger Mezam demise given that casualties were felt all over the place. However, the picture looks decidedly big for the region as more competitions are lined up in 2012. 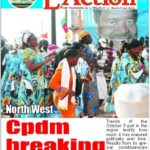 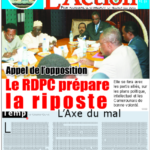