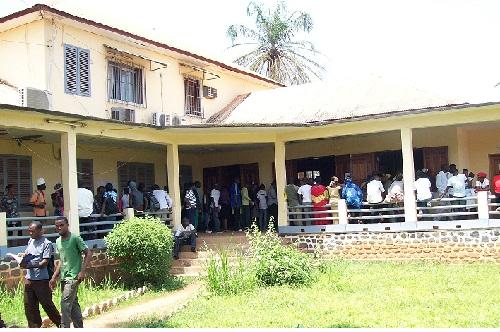 According to a communiqué published in the national bilingual daily,

Cameroon tribune, the Secretary General at the prime minister’s office Jules Doret Ndongo stated that the last published names completed the 25000 initially targeted by the President.  This marks the end of a significant exercise and the concretization of President Paul Biya’s promise to the youths. Since August 2011, a total of 184 communiqués comprising the names of selected persons according to the different job prescriptions have been published. After the verification of files that started earlier on, those who will be retained will progressively be called up to sign their contracts with the ministry of Public service and administrative reforms, who will later be put at the disposal of the different ministries in need of staff.Doubting Thomases have thus been put to shame as the organisation of recruiting Cameroonian youths into the public service has come to its end with no hitches. President Paul Biya’s promise to the Cameroonian youths on the eve of youth day celebration earlier this year has come to fruition. At the start of the exercise which required the compilation and deposit of some documents by interested persons, some people of bad faith had termed it a “campaign promise” taking it to be a ploy by the Head of State to woo youths to adhere to his ideologies. Others still, believed that the exercise would grind to a stop after the presidential election but to the surprise of many, the election has come and gone and President Biya’s assurance to the youths continued its full course right up to the end.  For over a month, numerous lists bearing names of selected candidates whose files would be reviewed for a final result had been published in newspapers and even on the ministry’s website. All that was left for the shortlisted candidates to do was to deposit authentic school diplomas and await being called up to sign the contract. The work has so far been done by the coordination and supervision commission for the special recruitment of 25000 youths into the public service. Recently, not only have people been rejoicing at the news of their names featuring amongst the selected few, but more people have gotten pleasant surprises after additional names were published. According to the president of the commission in charge, the additives are people whose files were studied and their qualifications deemed fit for the available positions. As of now, the daily bilingual newspaper has published the final lists of names in fields amongst others like, documentation, technicians in agriculture, sanitary health, civil engineering, social affaires assistants, drivers and guards just to name these. Owing to the fact that not every one has obtained a particular standard of education, the recruitment exercise has proven that the Head of State meant for youths to get a chance of making ends meet in the public service. From technicians to drivers, every one seems have found his place in the presidential promise. President Paul Biya has always recognised the role the youth have to play in the development of the country. In his usual encouraging words, Mr Biya has urged youths to be more“daring and innovative”.  With this in mind, the President knows that youth employment means drawing up and implementing an integrated plan for the creation of several thousand youth jobs by providing incentives for the creation of enterprises of all sizes by the private sector, notably by the youth. His vision of youth employment means further encouraging and guiding the youths to invest in job creating sectors such as the rural world, agriculture, culture, economy information and communication technology amongst others.  Putting in place a reflection platform and mechanisms to facilitate the switch from the informal sector to a well-organised formal sector that is more consistent with the constraints of young people is to President Paul Biya another opening for the youths. It has been understood that for the youths to feel involved in the country’s development process, a greater number of young people have to be injected into the managerial system.As President Paul Biya takes his oath of office this day, his thank you message to the electorate who accompanied him till this moment, called on all to put hands on deck saying “together” let us work to build a stronger and better nation. The youths have been the President’s priority and still are reason why his greater ambitions will be transformed into greater realisations with the youths in tow. 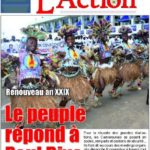