Members of government are presently comparing notes with the finance commission of the National Assembly for the adoption of the 2012 budget.

The committee room of the National Assembly’s second floor is presently hosting deliberations that would eventually lead to the adoption of the 2012 finance bill which stands at Cfa 2,800 milliards. One by one, they pass before the 20 member commission to expound on their budgets. Today, the ministers of Territorial administration and decentralization, Environment and nature protection, tourism, scientific research and innovation, Women empowerment and the family, Public health are expected to compare notes with their counterparts of the legislative arm. Yesterday, the ministers of Public works, Communication, culture, Forestry and wild life, Higher education, Labour and social security as well as that of Sports and physical education answered the questions of the people’s representatives on their forecasted expenditures for next year. After the meeting between parliamentarians of the Cameroon people’s democratic movement and members of government which took place on Monday November 20, the ministers of Defense, Basic education, External relations, Fisheries and animal husbandry, Social affairs, Agriculture and rural development, Post and telecommunication, Secondary education, Trade as well as Mines, industries and technological development informed Members of parliament on how they intend to carry out expenses and investments come 2012. Prior to that, the ministers of Public service and administrative reform, Youth, State property and land tenure, Employment and vocational training and that in charge of Small and medium size enterprises, social economy and handy craft, finance, economy, planning and regional development, Justice, Water and energy, Urban development and housing together with that of transport met Members of parliament for the same ritual. Away from ministries, other state services have faced the finance commission. In this light, information has equally been given on the 2012 budget of the Presidency of the Republic, General delegation for national security, National assembly, Prime minister’s office, Social and economic council, Supreme court and the Supreme state audit. As well, figures were also unveiled on what will be spent on pensions, council funds, external debt, internal debt, development projects as well as rehabilitation. As the ministers talked to the finance commission, their utterances centered on the major accomplishments announced by Head of State, Paul Biya. As re-echoed by the Prime minister in his economic, financial, social and cultural programme last Friday November 18, the 2012 finance bill has been tailored to meet the exigencies of development oriented projects. In this light, construction and maintenance of roads, improvement of agriculture, provision of health care to a larger number of Cameroonians, extension of basic education to the poorest of the poor and protection and security of the national territory are all reflected in the budget. Moreover, the budget takes into consideration the salary allocations of the 25,000 certificate holders newly recruited into the public service, in line with prescriptions of the Head of State to alleviate poverty and ameliorate the living conditions of his compatriots. The various stakeholders of the mining sector also revealed that the mining of Diamond in the Mobilong reserve (East region) will see the light of day in 2012 with the granting of a mining license to Korea and Cameroon mining corporation. Facts and figures gathered from Members of parliament reveal to a greater extent that the 2012 budget is realistic, well thought of and will be adopted. Yet, opposition Mps persist in their usual manner that government’s proposal falls short of their expectations. 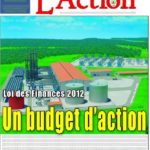 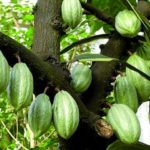