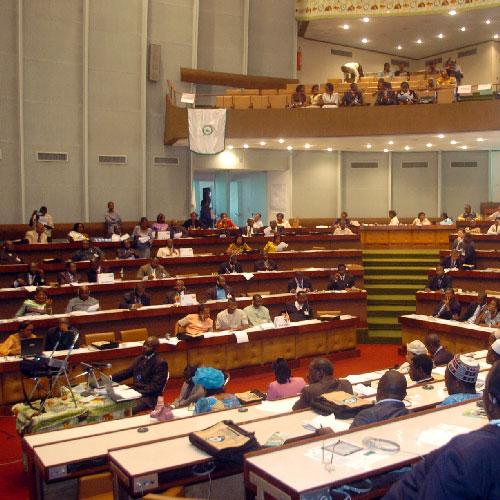 This year’s last ordinary session began yesterday and will be marked by Paul Biya’s oath taking tomorrow and the scrutiny of the 2012 state budget.

The opening session began at 4:15 pm and lasted for less than an hour. As usual, the ground floor of the Hemicycle was occupied by Members of Parliament who sat opposite the speaker of the house whose position sand witched members of government and their collaborators. As the MPs stepped out of their cars, they greeted, embraced and kissed their peers as they laughed and smiled over memories and recollections of the recently held presidential election of October 9, 2011. As they met one another, they said: “congratulations dear colleague, thank you dear sister, kudos Mr Mp, our party has triumphed, long live the Cpdm”. Almost all Mps attended yesterday’s session. The first to get into the hall were Hon Jean Calvin Libock, Ngalle Adolph Namme, followed by Enwe Francis, Marie Rose Nguine Effa among others. As they walked into the Hemicycle, so too did members of government. In this category, Gregoire Owona led the dance, followed by Jean Nkuete, Amadou Ali, Marafa Hamidou Yaya, Louis Bapes Bapes, Ama Tutu Muna, etc. The highpoint of the opening session was the welcome speech of the speaker of the house. “As Members of Parliament, we congratulate H. E Paul Biya on his brilliant re-election at the head of our country, following the proclamation of results of the October 2011 election by the Supreme Court”, he said. He went forward to remind his peers that “the present session will focus on the 2012 finance bill which has to reflect the greater accomplishments announced by the President of the Republic during the third ordinary congress of the Cpdm and the campaign trail”. The second floor of the Hemicycle was almost full to capacity with guests who honoured the invitations of some parliamentarians. Visibly empty, the third and last floor contained members of the diplomatic corps; the most visible being Robert P Jackson, the ambassador of the United States of America to Cameroon. Another attractive aspect of the Hemicycle is the cabin directly opposite that of the media, on the first floor of the Hemicycle. Special seats have been placed there to be occupied during Paul Biya’s oath taking ceremony by the first lady Chantal Biya, her children and other close collaborators. Security is at its utmost: troop men, officers and senior officers of the Presidential guard as well as those of the national Gendarmerie have mushroomed around the vicinity of the National Assembly. From left to right and from front to back, the entire premises of Cameroon’s National Assembly glitters and flashes rays of renovation. From both entrances, spackling green, red and yellow colours of Cameroon’s flag symbolize the readiness of Cameroon to stand firm amidst the stormy way. As a build up to tomorrow’s history making event, Members of Parliament, new and old, young and elderly share their expectations with virtually all media practitioners. “It is the first time I will be witnessing such an event and I look forward to it with cheerfulness”, says Hon Gaston Komba. In similar words, Hon Emmanuel Bamni says “the President of the Republic will be sworn in for the next years before us and it is a big pleasure for me given that I am accomplishing my first mandate in parliament”. To this end, the speaker of the house, Rt Hon Cavaye Yéguie Djibril ended his welcome address by inviting his peers to be present in parliament tomorrow as early as 8:00 am with their sashes, invitations and other parliamentary symbols. 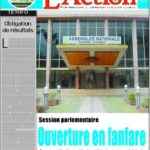