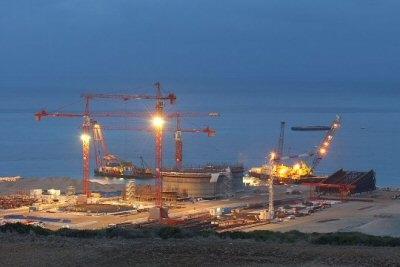 The Head of state’s umpteenth reiteration of the need to develop
infrastructure while addressing the nation December 31, completes the
picture of its salience to economic revival.

From his general policy speech at the 3rd ordinary congress of the Cameroon people’s democratic movement, Cpdm, to the campaign period leading up to the October 9 presidential show down, Paul Biya has maintained his tone and is consistent in his discourse to fellow compatriots as to his commitment to transform the country into a vast construction site beginning January 2012. President Biya’s insistence on the infrastructural sub sector during his traditional year end address to his fellow compatriots underscores the fact that no meaningful development is possible without adequate infrastructure- be it transport, energy, schools or hospitals. Skeptics were quick to say Mr Biya’s promise to transform the country into a vast work site was a campaign swear and that they were fed up. But to proof his consistency and truism in speech, Mr Biya has begun transforming his promise into concrete action.Owing to the preponderance of transport infrastructure to the development of every economy, government is on a move to double the country’s tarred road network by 2020. Against this backdrop, work has resumed on the Ayos-Bognis road. Work had been temporarily stopped 27 km to Bognis due to lack of funds as a result of graft. It is due to be completed next March. Studies have been completed on the Kumba-Mamfe road pending funding. Meanwhile, the Loum-Kumba-Mundemba-Akwa road is also pending funds. Following the completion of feasibility studies, government sealed a deal with Americans who are currently sourcing money from American and Chinese banks. Officials in the Public works ministry have confirmed that work on the former will start this year. To curb accidents on the Douala-Yaoundé stretch, measures have been taken to endow it with a double carriage way beginning this year. The East and West entrances into the city of Douala are due expansion to ease traffic.Estimated to cost CFA 500 billion, the project would be funded by China’s Export and Import bank, Eximbank. North westerners can now heave a sigh of relief following the start of serious business on their long awaited Ring road project. Work has effectively begun on the first lot of the project which links Ndop to Kumbo. The 60.5 km distance is due to cost CFA 22 billion and should be completed in 24 months as per the contract. Over in Kribi, work is intensifying on the Sub region’s biggest deep seaport. Its completion would give fresh impetus to Cameroon’s mining sector. With over 60 per cent of the latter’s land having been explored, results currently show the East region is the most endowed. To this end a railway line is due construction from here (Mbalam) to the seaport in Kribi to ease the evacuation of minerals such as iron, gold, bauxite and cobalt. Air transport is gaining steam with the launch of Camair-co last March.To boost industrialization, scores of energy schemes are on course while others are due to kick off in the days ahead in view of increasing supply. Cameroon produces just 1000 mega watts per annum, but government envisages hitting 3000 mega watts by 2020. Within this framework, financing for the completion of the Kribi gas power plant has been obtained. It totals CFA 130 billion. The latter is expected to generate 216 mega watts of power annually. Meantime, Access roads to the Lom Pangar project site and contractor’s residence have been completed pending the launch of heavy works. For their part Memve’le and the Meking hydro electric dam projects are also due kick off soon. Pending the completion of the aforementioned multibillion long term energy projects, government undertook to address the immediate situation with thermal plants. Evaluated at CFA 55 billion, the Bamenda, Yaoundé, Mbalmayo and Ebolowa thermal plants have a sum capacity of 100 mega watts. Following the completion of works, the plants are currently being tested. 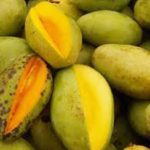