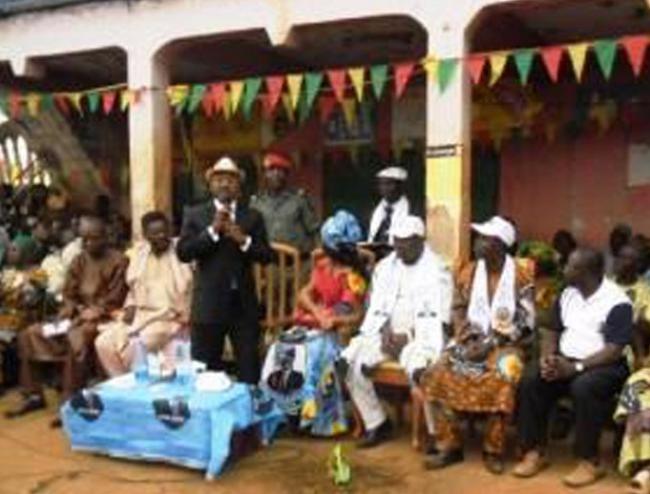 The Cameroon people’s democratic movement, Cpdm supporters and sympathisers of the Donga Mantung IV section in Misaje have taken the oath to forge ahead with the party in order to consolidate their achievements and work harder to merit more development.

They made the declaration Saturday March 24 at a heavily attended ceremony at the market square as part of activities to mark the Cpdm’s 27th anniversary. The massive turnout at the fête, confirms the saying in political circles that, the locality is the seat of the Cpdm in Donga Mantung. Its score at the last presidential election enabled Donga Mantung to triumph over the opposition Social democratic front. Representing the party’s Secretary general at the celebration was the Secretary of state for industries mines and technological development, Dr Fuh Calistus Gentry who is a son of the area. He used the forum to underscore the need for his people to remain loyal to he who has the power to better their  livelihood. “President Paul Biya is the national chairman of the Cpdm and Head of state. All we need to do is support him and our story will never be the same anymore,” he said. He never lost sight of the context within which the anniversary was holding. Held under the theme “let us get ready to enroll massively on the voters’ register,” the event came at a time when Cameroon’s electoral system is being made over in the build up to the municipal and legislative as well as the announced senatorial and regional elections. To this end, Mr Fuh reminded militants and sypathisers to “keep national identity cards jealously because that is what we would need during registration.” Among the ongoing reforms are recompilations of the voters’ register whose meaning he explained. “. To avoid protests from the opposition each time we [Cpdm] beat them at elections, the electoral list will be completely overhauled for registration to start afresh using the biometric system,” Mr Fuh emphasized. The biometric registration system would comprise of using special machines that would enroll people taking into consideration specific marks on their bodies such as scars and finger prints. With this, chances of double registration would have been eliminated. Earlier on in his welcome address, the mayor to the Misaje council, Nkenda Simon reminded his people that “the Cpdm is a dynamic party which evolves with time according to the challenges.” And “that is why we are embracing the recompilation of the voters’ list.” To him, political parties come to Misaje and go, but the Cpdm has come to stay and would do so for as long as Cameroon exists. For his part, the section president Sammy Mbgatta thanked comrades for marking him proud by voting overwhelmingly at the last presidential election. In his words “we have placed ourselves as the seat of the Cpdm in this division, so we have to work even harder in order to consolidate it.” Misaje must grow, and for this to happen “let us shun political adventurers in the name of opposition and reason wisely, be level headed, throw away our passions and take courage in our endeavours,” he reiterated. “So do not heed to any opposition leader who comes telling you that he would turn Misaje into a self heaven overnight. From where would he get the funds and by what magic,” he quizzed. Meantime, the locality counts at least four secondary schools, a bilingual high school and two government technical colleges. Its road from Nkambe has been paved just like that linking it to Oku. To these, Mr Fuh announced that government had availed CFA 175 million for the construction of the Noni-Nkamala hill. It is due continuation next year to Dumbu, he added. Meanwhile the Dumbu bridge would be constructed and the Nkangchi water project will be completed thanks to a multi million grant from the World Bank.
Benedict Ndinwa
on special assignment 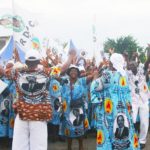 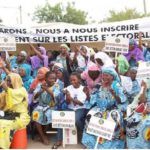