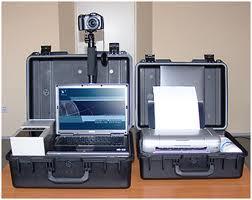 Making known the stakes and challenges of the new electoral code and
the biometric method of registering and voting is the purpose for which
Elecam has deployed teams on the field.

Since the coming of the new unique electoral code, potential voters still have many unanswered questions as to its functioning. It is to clarify the doubts and more, that members of the elections organizing body Elections Cameroon are on the field to educate stakeholders on issues relating to biometric registration, the creation of polling stations, regional and senatorial elections as well as other measures put in place to check electoral fraud. For Dr Fonkam Azu who was in the North West region on May 3, the target is to register 8 million voters. During his regional tour, he announced that voter’s cards would be distributed within a period of 40 days. The 2011 presidential elections was not without its own lapses and Dr Fonkam Azu admitted that Elecam was mindful of the shortcomings recorded during the past election and gave assurance that the election organizing body would not relent its efforts towards organizing credible elections in the country.Some months ago, the board chair of Elecam said “let me assure Cameroonians that we would go closer to the people as much as possible,” during this press conference in march, he revealed that for the biometric compilation of the voters’ list to be effective, there was need for the body to deploy mobile teams to the field when the process begins. He said there will be fixed points as usual at Elecam headquarters but there will also be mobile teams to go towards potential voters in villages, neighbourhoods and polling stations. “Those are the guidelines that the directorate general of elections has given,” Fonkam Azu’u underlined. “We intend to do this because we realized that if we remain at our headquarters and at the level of council branch offices, the exercise will not be effective,” he further explained.The two week field trip across councils and divisional branches and offices of Elecam is a legal prescription which permits Elecam to get in contact with stakeholders of the electoral process.  While on the meet the people tour, the officials will concert with top administrative, judiciary, political party leaders, civil society organizations, religious and local Elecam authorities. The teams that have been on the field since May 2 have to explain and justify the option for a biometric recompilation as well as to raise awareness among stakeholders in the electoral process on the mobilization of the masses in order to guarantee the success of the intended recompilation. Reviewing its communication strategies is quite necessary to determine the level of participation of different stakeholders. They are equally working to improve collaboration between Elecam branches and stakeholders, evaluating equipment pools of Elecam Divisional branches and checking the storage conditions of election material and archiving of documents of the October 9, 2011 presidential election.The tour comes after a German firm won contract for the provision of Cameroon biometric election registration services. Giesecke Cid won the deal that was signed April 18, 2011 for the company by its Director General Hans Kung and for Cameroon by elections-organizing outfit Elecam’s Director General Mohaman Sani Tanimou.The massive enrolment of voters on Elecam’s lists when the time comes will be determined by the work done during this trip on the field, which officials intent on making the most of.
Claudette Chin 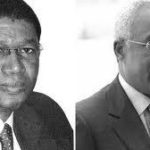 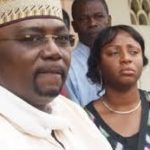