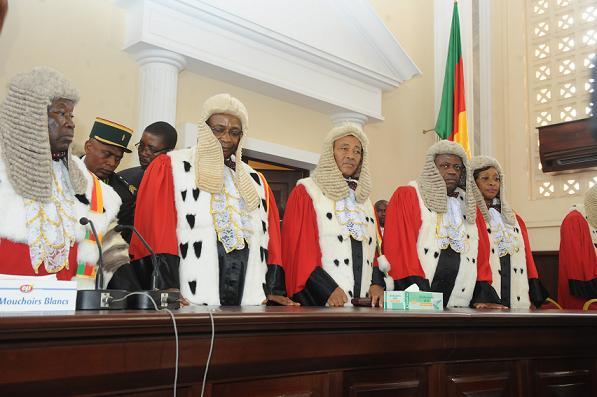 Court rulings in relation to the September 30 polls have ended with the major outcome for the Cpdm being the reinstatement of its list in the Tiko council area.

After long and heated debates at the Supreme Court acting as the constitutional council, the final verdict fell last august 22. While some political parties saw their lists reinstated by the administrative bench of the Supreme Court, others had to take home long faces as their nomination papers that were rejected by Elecam still didn’t get a favourable ruling. The administrative bench of the Supreme Court that studied some 267 petitions filed by the various political parties took four days to rule on all the petitions which saw about 30 lists from about 10 political parties reinstated.
The four day session was presided by the president of the bench, Clement Atangana. Despite the protests of Sdf lawyers at the court premises following the reinstatement of Cpdm’s list in Tiko council area which had been rejected by Elecam on grounds that the file was deposited after the deadline, the court’s decision could not be overruled.The decision brought smiles to the party’s representatives at court as Chief Ikome Mesoso, the Cpdm Tiko council list leader expressed satisfaction on the outcome. Despite the rejection of the Cpdm list in Bibemi in the North region with reasons that there were irregularities in the birth certificate of one of the candidates, the party still stands tall considering that a majority of its lists in many localities were contested by the opposition.
The deputy Secretary general of the Cpdm party, Gregroire Owono saw in the various court rulings a degree of advancement in the country’s democracy. He expressed satisfaction at the end of the four day session saying that “all parties had the opportunity to express their problems and the court decided what was good for our democracy.”One of the files readily flushed down the drain by the administrative bench of the Supreme Court was the petition filed in by Ayah Paul Abine of the People’s action party calling for the cancellation of the entire election.
From the petitions filed in, it is clear that the issue of sociological composition and the respect of gender as prerequisite for the composition of lists still needs thrashing out. Not only were the plaintiffs attacking the authenticity of their opponent’s lists because of the non respect of the above criteria, but equally pointed an accusing finger to Elecam for throwing a blind eye to what they considered irregularities clearly mentioned in the electoral code. Not only did lawyers spend a lot of time in establishing that one party or the other had not respected the aforementioned points of the electoral code, but the court later rejected them.Elecam has had quite a blow nonetheless because its arguments in court sometimes contradicted the evidence provided by concerned parties.
The case of files being rejected by Elecam because they were not deposited on time saw many parties bringing out receipts that proved the contrary. Rejecting files of some parties for none respect of the gender equation and the sociological component and accepting others put many in disaccord with Elecam. The litigations have ended and political parties involved in the September 30 run up are now occupied with preparing their party’s gadgets in view of upcoming campaigns. 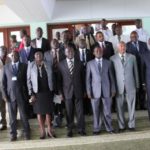 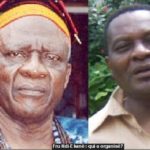