The minister of Labour and Social Security has promised sanctions for those of his collaborators who delay the processing of files longer than the stipulated time.

Minister Gregoire Owona has broken tradition, using the time which in past years was allocated for New Year wishes to call to order his collaborators, telling them to sit up and examine ways of increasing productivity in their sector. It was during a one day annual meeting for the staff of his ministry that held Wednesday 15 January 2014, that Minister Gregoire Owona decried the inertia witnessed in the treatment of files which to him contributed greatly to poor results.
To the surprise of all, he announced that 2014 would begin without the traditional New Year wish ceremony because according to him, there would only have a course to celebrate when they must have attained goals set for the ministry this year, after the call to order by President Paul Biya in his end of year address.According to John Forchu, Inspector general at the ministry of Labour and Social Security, “we have many things to reproach ourselves of. Like the minister said, there are certain files that stay in some offices for months with no reason. This is excessive inertia. He talked of the inability of some directors to formulate their plans of action, he mentioned the lack of collaboration, misuse of funds and these are things that should make us question our way of work and draw a line to start 2014 differently and change things”.
The forum began with a review of last year’s activities; officials identified three preoccupying domains that needed emphasis in 2014; working conditions, social dialogue and occupational health.To give an opinion on how the press viewed public administration, François Marc Modjom, journalist at the Crtv, presented a dissertation in which he grossly caricatured a public servant in present times. Presenting them as unwelcoming and not serious at work, his presentation aimed at making the staff of the ministry more work conscious and receptive. Bernard Njongang for his part presented an exposé on the various ministries and how its ministers and personnel were viewed by the civil society.
To him, the lack of basic necessities in ministries such as clean toilettes hindered the output of the workers. In an amusing presentation, he brought out a list of ministries whose services were either appreciated or criticized by the public. According to a study carried out by his Ngo, the ministry of Labour and Social Security headed by Gregoire Owona was one of those that were very open to the public.To the minister, the personnel of his ministry ought to be the guardians of workers, and therefore needed to change attitudes and assume their responsibilities towards workers in other services.
It explains why an emergence plan of action for workers of the ministry would be drawn to enhance efficiency. Minister Gregoire Owona said the emergency plan would help identify and punish lazy workers as well as encourage committed and hardworking staff.The forum was organized to explore ways of implementing instructions outlined in the Head of State’s New Year’s message to the nation.Minister Gregoire Owona promised the decentralization of the ministry’s budget to enable regional delegations to produce better results. He promised sanctions to any of his collaborators who unjustifiably delayed the treatment of files. 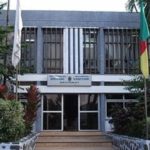