He was in Cameroon for a two day visit from Sunday 26 October 2014, during which he met with President Paul Biya and his colleagues of Cameroon parliament.

On Monday the President of the Republic received in audience the French Speaker at the Unity Place, he was accompanied by the President of the Defense Committee at the French National Assembly, Patricia Adam, Member of Parliament of French abroad Alain Marsaud, and the French Ambassador to Cameroon Christine Robichon.After the close to one hour talk with President Biya, the French speaker said the audience hinged on the state of affairs in the sub-region mostly on the insecurity perpetuated by the Islamist sect Boko Haram, and the “willingness of France to support Cameroon.” Since France never intervenes in the internal affairs of a sovereign country, he said only Cameroon can introduce the demand. Of which his country will not hesitate because in his opinion “a collective effort is needed in the fight against terrorism.” The French Speaker in the course of their chat handed a sealed message from his President François Hollande to the Head of State. Other than his audience at Unity Palace, the French Speaker during his brief stay held an exchange with 20 beneficiaries of French scholarships at the French Institute of Yaoundé on Monday. The purpose of this meeting, according to Claude Bartolone was to decipher how France can continue to help in training and molding Cameroon’s youth. Same day, the  French Speaker also paid a visit to the Yaoundé Higher School of Warfare (ESIG), setup in 2005 with the support of France. The school counts 45 students of which 21 are nationals. The commander of ESIG General Esaïe Ngambou asked for French support in form of staff and co-running of the institute.By launch time, the speaker was the guest of honor at a meal in the company of his colleague of the Cameroon’s National Assembly Cavaye Yeguie Djibril, the Senate President Marcel Niat Njifenji, Premier Philemon Yang, Vice Prime Minister and Minister Delegate at the Presidency in charge of Relations with the National Assembly Amadou Ali and the Minister of External Relations Pierre Moukoko Mbonjo among other dignitaries.The French Speaker later visited the Training and Retraining Centre for Parliamentary Administration (CEFAP) located at the National Assembly – setup with the assist of French ENA Institute of Administration, which now trains staff for countries in the sub-region. 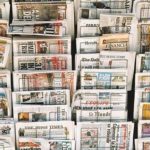 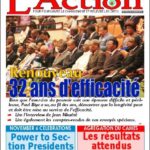