The Hon Ndongo Essomba led parliamentary group team was once more maintained when MPs on the CPDM ticket gathered around the Secretary General Tuesday afternoon, March 15, 2016.

In a decision of Jean Nkuété read out by the secretary for communication Jacques Fame Ndongo, the scribe of the party kept Jean-Bernard Ndongo Essomba as the chief whip of the CPDM parliamentary group. He will be assisted in the office by Hon. Muyali Boya Mary espe. Meboka and Vincent de Paul Emah Etoundi as secretary. As Minister Fame Ndongo read the names applause from the MPs punctuated the script, a sign that the elected officials are okay with the choice of hierarchy.Before the chief whip took over from the eldest member of parliament Hon Enoh Tanjong to preside over the meeting, he thanked the National President Paul Biya for his impulse in their casting. Other than designating the group leader, the meeting was to communicate CPDM candidates to the MPs for various positions at the bureau of the national assembly due election two hours after. There was no change in the names or positions to fill from the bureau of 2015. The top job at the assembly went to Hon. Cavayé Yéguié Djibril from Mayo-Sava Division who was later elected speaker. The party proposed 18 of the 23 members of the bureau. These positions are awarded to the CPDM thanks to its crushing majority in the house and in respect of the standing orders of the National Assembly. Each March session a new bureau is elected.After the investiture of the candidates, the SG called on the MPs to respect party discipline during the election at the Ngoa-Ekelle glasshouse. “Remain loyal and do not let any vote slip,” he told the representatives of the people. An advice the MPs followed because no one opposed the nomination of the speaker, the deputy speaker or the list of the proposed bureau members. 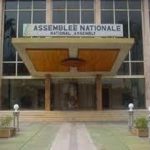 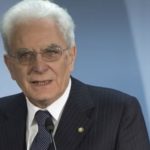