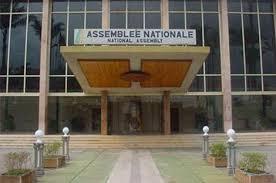 Picked at parliamentary group meeting with the Secretary General two hours ahead of the election at the glass house, Hon Cavaye Yéguié Djibril and other candidates in the bureau were all voted yesterday afternoon, March 15, 2016.

Out of the 166 members who attended the session, 151 voted for the CPDM parliamentary group candidate. 15 blank ballots were turned in. After the eldest member Hon. Enoh Tanjong declared the MP from Mayo Sava speaker of the National Assembly, he mounted the rostrum amidst applause from his colleagues.
He thanked the CPDM National President Paul Biya for choosing him once more to be the speaker. “I pledge my fidelity to the man (Paul Biya) today like yesterday and yesterday like today,” he declared in front of his colleagues and guests of the National Assembly. According to him, his election was a showcase of democracy the MPs are “all craving for.”
He promised his support to the Head of State and the institutions he incarnates. Although he was not voted by all the MPs, he promised to be the “President of the national assembly” and not that of those who voted for him. He assured his colleagues of his availability like in the past. Cavaye Yéguié Djibril is Speaker of the house since 1992 uninterrupted. He was first elected into the Cameroon National Assembly in 1973 and stayed in the house until 1988. And, in 1992 he returned to become speaker. Hon. Cavayé a member of the Poli-bureau of the CPDM has risen through the ranks of the hemicycle from questor through second deputy speaker to Speaker now.
After his speech he settled down to read the standing others of the house governing the election of the deputy speaker. CPDM parliamentary group leader Hon Jean-Bernard Ndongo Essomba nominated Hilarion Etong, who won the election.
After the election of the Speaker and his deputy, the names of the other bureau members were read-out as sent in by their parties.  The bureau counts 23 members. According to article 16 (1) of the standing orders, the National Assembly has one speaker, one senior deputy speaker, five deputy speakers, four questors and 12 secretaries . 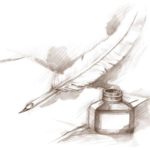 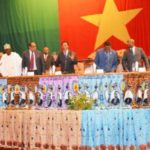