Following the international economic conference that held in Yaoundé last May 17 – 18, stakeholders of the country’s economy as well as potential investors are unanimous that the country is an attractive investment destination but requires some incentives to better-of the environment.

Cameroon’s economy has been rated as the most resilient in the Central Africa sub region recently. Even with the slump in oil prices on the world market, Cameroon has maintained a steady 5.5% growth rate in its economy. But experts say, its potential is enormous and needs just to be harnessed for the country to hit a record 8 or 9% annual growth rate. Some participants at the conference in the likes of Nigeria’s Tony Elumelu, Chairman of the United Bank of Africa, said “Cameroon is a great place to invest in.
The business climate is good. But officials should continue ameliorating it in order to attract more and more investors.” For his part, ECAM president, ProtaisAyangma said government should protect small and medium sized enterprises by passing a law such as the “Small Business’ Act” in the USA. He also pleaded that government should strive to settle debts owed SMEs on time so as to maintain them in business.Meanwhile,Ewane Lobe, Forbes Africa’s editor in chief believes the justice system has a great role to play.
To him, judicial procedures should be simplified such that investors don’t waste months on issues that are easily thrashed elsewhere on the continent in months. For his part, the vice president of Cameroon’s chamber of Commerce, Prince Ekoko Mukete said government should accompany the private sector instead of struggling to create jobs that would not be sustainable. If government, according to him, sacrificed the means used to recruit 20.000 youths to accompany the private sector, the latter will create at least 40.000 jobs in the medium term.  Some other experts say the tax system should be reviewed because SMEs have died at birth because of the country’s very unfriendly tax system. More to that, the custom duties on imports are exorbitant and do not encourage investors.
This has instead exposed the local population to contraband goods, according to Engelbert Bengono, an expert in public finance.Administrative procedures and project cycles are cumbersome and long, he added.On the same score, Lionel Mbiandjeu, an independent observer suggests that technical education be encouraged and improved upon while the finance sector is rendered attractive.But all is not lost, says Isaac Tamba, director general of economy at the ministry of economy.To him, foreign investments in the country have moved from a little over 1000 billion in 2010 to more than 3000 billion in 2015. He also promised that at the level of Minepat, they will do their best to implement the confab recommendations in record time. 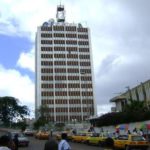