The exercise as a whole was a huge success.

First of all the maturity displayed by the militants who understood that they had to put all hands on deck and work towards unity of their young section that was being organized for the very first time. Again satisfaction and pride to see the large number of compatriots resident in South Africa who were rushing to
identify themselves with the party and to have their names registered within
the cells. We were able to work fast and diligently because of the understanding nature of the militants who knew the seriousness of the exercise and that if they came in dispersed ranks it would have been to their own disadvantage.
The immediate job of the newly elected section executive is to do everything to mobilize and bring into the fold of the party those militants and sympathizers who for one reason or the other were left out in the initial exercise. 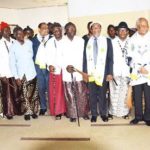 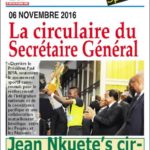