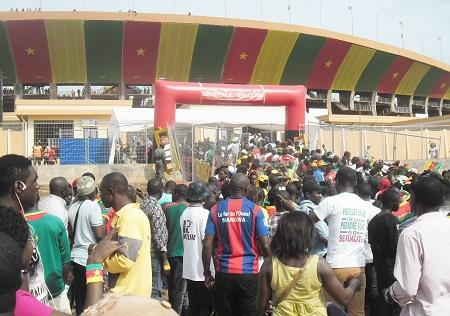 Other than the second victory of the lionesses and qualification for the second round, the organization of the competition is at its best.

The ongoing African Women’s Cup of Nations has outshone the previous nine editions in all spheres. First, the stadia picked to host the matches are of big-capacity. Unlike in the past, the group A matches are played in the forty-thousand-seat Ahmadou Ahidjo new look stadium in Yaoundé and the twenty thousand Limbe Omnisport Stadium hosting group B matches. Cameroon has raised the bar higher, according to the president of the communication committee of the 2016 Afcon, Jean Lambert Nang, citing the officials of Confederation of African Football (Caf). Even the training grounds at the Limbe Centenary stadium, Molyko stadium in Buea, the Ominisport Annex and Military stadia in Yaoundé are of international standards, and no complaints from the technical staff of the teams as at now.
In the area of lodging, Cameroon is giving the teams and Caf officials a five–star treatment. Only two teams per hotel, unlike in previous competitions in the past where four teams were lodged in one hotel.
No doubt, the competition is popular among the Cameroonians. The opening ceremony last November 19, attended by the Head of State Paul Biya, and wife Chantal Biya was unanimously acclaimed. In 25 minutes, a choreography outlined by the Minister of Sports and Physical Education Bidoung Mpkatt traced the history of Cameroon and the rich culture of a people proud of their diversity.
Although the turnout at the two Afcon Villages; one at Limbe community field and the other at the Yaoundé Multipurpose Sports Complex is timid, and blamed on lack of awareness, the giant screens and free concerts could gradually pull a crowd. Even though Douala is not hosting any games, there are two secured fan zones with giant screens and podiums to screen matches and cultural evenings.
So far, Cameroonians are attending matches with the opening game between Cameroon and Egypt and the Nigeria versus Mali, being the most watched. On the streets of Yaoundé, the Afcon 2016 fire is raging. While, the Cameroon flag is affixed on most taxis and cars, other gadgets like caps, shirts, horns, bangles and others are off the shelves. 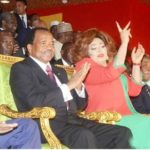 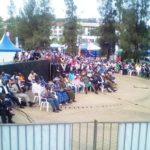