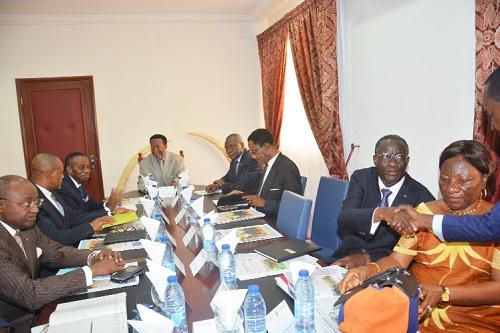 The Secretary General of the Central Committee of the CPDM, Jean Nkuété last week chaired a meeting during which activities carried out in 2016 were revisited and those of 2017 planned.

It is a new year with new challenges and the General Secretariat of the Central Committee of the CPDM intends to make hay while it shines. 2018 is an electoral year and the ruling Party like always prepares quite ahead of time. As far as getting militants ready for the elections is concerned, the CPDM does not intend to lie on its laurels and reminisce on past glories but ensure that its militants are massively registered on electoral lists and possess voter’s cards, an important tool to ensure active participation when the time comes.  Executives at the base are aware of the stakes and to prepare them further, plans are ongoing to carry the seminars launched by the Academy in 2016 to the regions to enable the militants keep abreast with what is expected of them, the spirit of cordiality that ought to reign amongst militants and between the members of the regional and divisional delegations of the Central Committee.
Meanwhile, the Party will this year continue playing its role of accompanying government action in the implementation of policies geared towards ameliorating the lives of Cameroonians. In this regard it is worth mentioning the efforts of the CPDM to see peace and calm return in the South West and North West Regions which are currently in a crisis situation. Worthy of note is that fact that the CPDM as a good mediator had initiated field trips to the aforementioned regions, inviting the people to the dialogue table to seek lasting solutions to concerns raised. The wellbeing of the population is of absolute importance, reason why Jean Nkuété and his colleagues have their hands full with planning missions to the field.
According to our sources, working visits will be undertaken to various regions of the country to gauge the situation of the militants, draw lessons and provide suitable solutions to problems. These trips will take the Party’s authorities to Mayo Sava in the Far North, the Ntem Valley in the South, Wouri in the Littoral, Mezam in the North West, Meme in the South West, Benoué in the North, and Noun, Upper Nkam and Mifi in the West region to name but these.In 2016, the Party recorded a major success with the launching of the seminars by the Academy, and it is hoped that much more could be achieved in the quest to keep the flame of the party ablaze. 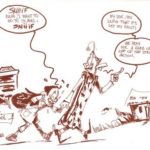