In his end-of-year speech last December 31, 2016, the Head of State said government is ready to “go an extra mile” to solve the concerns raised by English-speaking lawyers and teachers.

Paul Biya asked government to engage in “frank dialogue” with the representatives of the teachers and lawyers, who should participate without “bias.”  While the ad hoc committee working on the concerns of lawyers held a meeting without boycott by representatives, that of the teachers suffered a setback when some trade union leaders walked out of the inter-ministerial committee last December 27, 2016. The trade unionists had asked government to transfer the committee from Yaoundé to Bamenda, in one of their eight demands for dialogue to begin. Surprisingly, the trade unionists demanded the unconditional release of hoodlums arrested during the violent and destructive street protest in Bamenda, Kumba and Buea. When the Paul Ghogomu Mingo (Director of Cabinet at the Prime Minister’s Office) led committee rejected the demand, the trade union leaders preferred the “empty chair” participation.
Earlier, the trade union leaders of the Anglophone education sub-system refused to attend an inter-ministerial committee meeting to examine and propose recommendations to government on the issues raised. No doubt, Paul Biya “urged” the representatives “to participate, without any bias, in the various discussions,” because as he put it government is ready to push the bar higher.
He said “Besides the bodies that I instructed the Government to set up and which are already at work, we are ready to go an extra mile. We are willing to move in the footsteps and spirit of the architects of Reunification, and put in place a national entity which will be tasked with proposing solutions aimed at maintaining peace, consolidating our country’s unity and strengthening our resolve, and our day-to-day experiences of living together”.
In as much as the claims are legitimate and government is ready to go a step further and provide solutions, President Paul Biya reminded compatriots that “any claim, no matter how relevant, loses its legitimacy once it jeopardizes, even slightly, the building of national unity.”  He was referring to the “verbal excesses, street violence…” witnessed in the North West and South West Regions. Here, rioters, the Head of State tagged extremists and manipulated group caused the loss of lives, burned public and private buildings, trampled upon and burnt the national flag and slowed economic activities. Paul Biya vehemently condemned as “Unacceptable.” 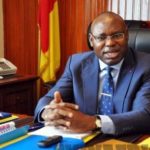 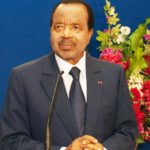