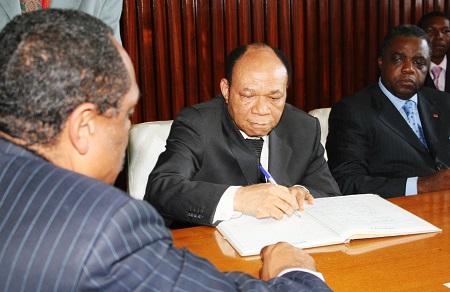 Matthew 7:16 and how actions transcend the lives of their doers, we easily say that the above-named is well alive through the many things he did and the people he inspired to continue doing those things.  Taking the cue from the French Monarch Charles VII’s succession of his father Charles VI in 1422, a great man is never dead; he lives continually in and through those who succeed him.  So and of such was and is Joseph Charles Doumba seen from the four cardinal points.
From an emblematic birth in Yabassi, Nkam Division in the Littoral Region in 1936, he grew up as a native of Bertoua in the Eastern Region.  Like the hidden roots that sustain a tree seen and admired through its branches and foliage, these birth details are given to show how they contributed to the life and activities of the named in the building of a strong, united and prosperous Cameroon.  Rising through various ranks to serve the civil society in various capacities and ranks, his prowess was seen in many shades of Politics, the Science of managing people.The Polyglot Not linguistically speaking, if a nation is like a house standing on pillars equidistantly placed to support it against the vicissitudes of the winds, JCD was a very good manager.  In the management of the State or Party apparatus, JCD succeeded in keeping tensions low and the boats afloat for safe landings in happier lands.
Flair for the English LanguageWe do not undermine the strengths of effective communication and how this can be hampered by any malapropism.  Just as one incorrectly used word can cause a war, a correctly used one can prevent it.  Aware that English is the world’s most widely-spoken language, JCD pursued its learning up to the level and obtention of a Bachelor’s Degree. An addict to diction, he believed in correctness in the use of the verb.  His flair in the language made him comfortable in varied interlocution. Spirit of Fair Sharing and AppeasementAs the waters of the oceans are hardly ever at peace for safe sailing, so are the contents and occupants of the lands for equitable expression.  As we know that nothing can be achieved during any turbulence, JCD was a labourer and preacher of fair sharing and appeasement as level-playing fields for any expansion.  At this time when our country is berserk of untold calamities, his spirit is haunting promoters of division and calling them to reason.  May the concerned heed it!Rare Sense of DiscernmentPerformance is more a calling than an appointment.  As stages of development for performance differ from person to person, JCD saw equal opportunities as the common denominator for performance. So, he delegated and toiled through many agents to observe and then appoint.  He had a rare sense and knack of discernment of many who are in high functionaries.
The PoliticianThis is the most varied and practised profession.  In the same vein, it is the most abused.  The late French President General De Gaulle once snobbishly said that “Since a politician never believes what he says, he is quite surprised to be taken at his word”..  No doubt, and as if in response, the renowned Indian Mahatma Ghandi rates “Politics without Principles” as one of his seven deadly sins.
JCD was none of that.  As Secretary General of the ruling political party in Cameroon, the Cameroon People’s Democratic Movement (CPDM), he believed in principles and hierarchical ranks for smooth governance where everyone plays a part.  He identified and invited many people to write to immortalize how such principles were practiced in the CPDM party.  I am author of Politics: A Call to Serve, most of which deals with the Principles and Practice of Politics.    Politics is and should be like the body where “If one part of the body suffers, all the other parts suffer with it. Or if one part of our body is honoured or glorified, all the other parts share its honour and rejoice with it” – I Corinthians 12:26.  In the lofty enterprise of personality, communal and nation building, JCD triumphed.  That is the legacy bequeathed to all and sundry.  May his soul rest in Perfect Peace and may to God Almighty be the Glory and Praise. 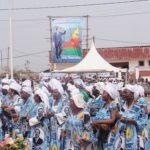 in the Anglophone Zone : The Feast Will Take Place! 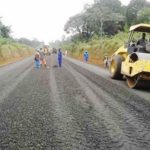