One time detainee and President of the Fako Lawyers Association Nkongho Felix Agbor-Balla in a letter of thanks on September 24 also condemned burning of property and called on others to do same.

“We have and will continue to urge you all my brothers, sisters and parents to exercise restraint, and to work towards preventing all form of violence… let us (the population) abscond violence because love always triumphs hate. We have a collective responsibility to prevent the burning of our private and public buildings especially schools” he said. Besides calling on the population to shun violence, he also assigned leaders with this responsibility.
“We call on all our youths, religious leaders, community leaders, opinion leaders to work towards addressing all potential signs of violent conduct and to stand up and speak up against violence.” He also condemned the brutality of the forces of law and order in handling the crisis.
His outing came under scathing criticisms because he did not declare for secession or federalism but turned to the Head of State Paul Biya to initiate dialogue. “I look forward to the Head of State (Paul Biya) to call for a dialogue to address the root causes of the Anglophone crisis and find sustainable solutions to them.” To him the way out of the crisis “must be political.”
Nowhere in his letter was the lawyer favorable to the secessionists.  “The past 11 months have tested us and been very challenging to us as a people, a community and a nation.” he said. He used patriotic words to describe Cameroon each time. “At home, our fatherland, our nation, the nation,” are some of the expressions he used in referring to Cameroon in his letter. He also re-focused the Anglophone problem, stepping away from opportunists now blabbing on the issue. “Rightful struggle for recognition as a people with a distinct and unique heritage” .While thanking, God and other stakeholders for the release of some detainees arrested during the crisis, he regretted that “a good number of our brethren (Anglophones) are still in jail and others in exile”. He however remained optimist about their “release” and “return”. 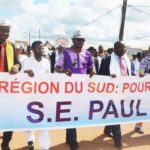 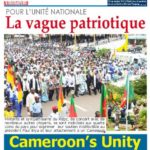