Following the Head of State’s declaration recently to fight terrorists disturbing the peace and unity of the country in the Anglophone regions, administrative authorities have taken measures to maintain a cordial relationship between the security forces and the population.

Uneasy calm continue to reign in most towns and villages in the two Anglophone regions following the declaration by the President Paul Biya to fight those terrorizing the state.Though the population of the South West region has reacted differently as concerns the Head of State’s declaration, the Governor of the region through a release has called on the population to maintain calm and give total collaboration with the defense forces whose duties is to protect the lives and properties of the population.
Being the second declaration made by the Head of State after that of Boko Haram terrorists in the North, most inhabitants of the South West believe that such a declaration is timely and should be implemented immediately given the number of casualties recorded on daily bases especially in Manyu Division. According to a source whose identity could not be disclosed for obvious reasons, the havoc being committed by the youths in Manyu division is unbearable.”Killing of security officers through gorilla war fare is totally unacceptable and measures must be taken to stop perpetrators of such act.The same perpetrators are the ones bullying students and pupils including teachers from going to school. They have embarked on massive burning of schools and individual properties”.
It has equally been proven that most of the perpetrators of violence and destruction of schools are mostly school dropouts whose intentions are to destroy the promising future of the young generation so as to render them wayward as themselves. While schools have effectively taken off in most towns of the South West, rural communities seem to have cut off themselves from the rest of the region as most of the schools have been covered with grass. In Manyu division where the rebels seem to be gaining grounds, live in Mamfe is very normal but for the border villages of Eyumojock and Akwaya sub divisions. Also most of the civilian casualties are innocent people since the real perpetrators act and disappear into the wild forest.To guarantee national unity such declaration by the Head of State was imminent and it is hope that the activities of the said terrorists will be brought to an end while life will return to normalcy in most of the affected villages whose inhabitants have reportedly migrated to neighboring Nigeria. 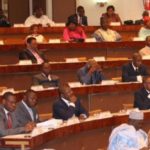