Statistics from Cameroon’s Election management body guarantee a sweep of at least 68 seats of the 70 in the Senate by the Cameroon People’s Democratic Movement.

Figures offer a landslide victory for the CPDM in nine constituencies (regions) but for the North West Region, where a clash of the titans is expected between the ruling party and the main opposition party, the Social Democratic Front.  The gap in number of councilors between the CPDM and SDF is close. Of the 1,088 councilors in the 34 municipalities, the CPDM controls 19 councils with 565 councilors, SDF 15 councils with 522 councilors and the AFP has one in Mbengwi council. If all councilorship on the CPDM ticket vote for the party and the opposition votes for the SDF, the score would be 565 against 523. Politics fondly referred to as a win and deal game could spring up a surprise. If the CPDM cannot get the absolute majority of 545 votes, that is a one vote difference from the opposition votes, Paul Biya’s party would lose three seats according to the law. “Where no list obtains an absolute majority of the votes cast, the list with a relative majority shall be awarded half of the seats to be rounded up to the next whole number, that is, 4 (four) seats,” reads Section 218, Article 5 of the electoral code.  In the following article of law n° 2012/001 of 19 April 2012 relating to the Electoral Code, amended and supplemented by law n° 2012/017 of 21 December 2012 further states that, “In case of a tie among winning lists, the 4 (four) seats shall be shared equally among the said lists; where applicable, the remaining seat shall be awarded to the list with the highest age average”.
No Obstacles ElsewhereIn the sister English-speaking region of South West, the CPDM controls 27 out of the 31 councils. Only Kumba II and Tiko are in the gloves of the SDF, while the CPDM lost some councilors to the SDF and ANDP in Mbonge and has seats in the SDF controlled councils of Kumba I and III. In the South and East regions, the party can go to bed with a cold head. All councils are CPDM-controlled with no stain of the opposition. In the West Region where the party’s candidates were disqualified in the last senatorial elections in 2013 has a majority of CPDM councilors.  33 of the 40 councils fly CPDM colours with 983 out of the 1,216 councilors for the ruling party. Cameroon National Union (UDC) has five councils with 161 councilors.In the Adamawa Region, another victim of CPDM-rejected-list; 597 councilors from 21 councils are expected to vote on March 25.  The CPDM is one of seven political parties with councilors in the region. The party controls 14 of the councils and has 392 councilors. The rest are shared out among six other political parties with the National Union for Democracy and Progress (NUDP) in control of seven councils with 192 councilors. The Centre Region has 1,946 councilors partitioned into 70 councils. CPDM controls 65 of the councils and has 1,821 councilors and the Union of the Population of Cameroon (UPC) controls five councils with 125 councilors. The Far North Region has 47 councils with a total of 1,537 councilors. The CPDM controls 40 of the councils and has 1,295 councilors. In the Littoral Region with 34 councils, the CPDM controls 28 councils with a total of 776 councilors of the 1,026 councilors. SDF, UPC and UFP share the rest.Out of the 21 councils in the North Region with a total of 699 councilors, CPDM controls 15 with 448 councilors. NUDP follows with 233 councilors in the six councils it controls. Parties like FSNC, SDF and ADD have councilors also. However, Elecam has to expunge the names of dead councilors and those who have lost their voting rights as spelled-out in the Electoral Code. 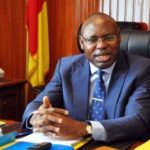