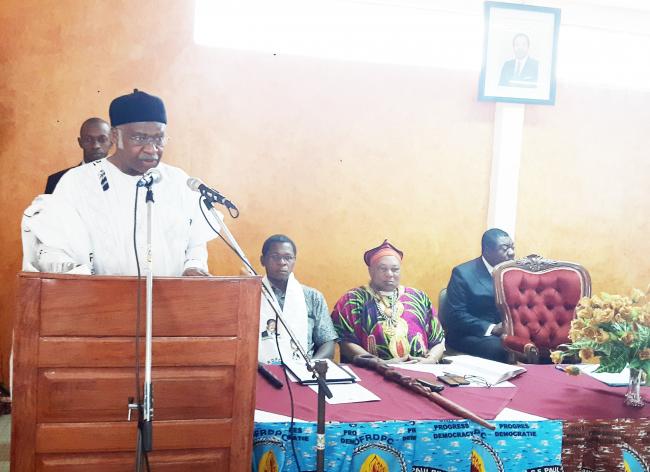 Philemon Yang, Head of the Central Committee Regional Permanent Delegation for the North West is on a tour of the divisions to mobilize militants.

He will be in Kumbo, headquarters of Bui Division today. His first lap took him to Wum and Fundong yesterday. He will meet with elite, sections executives, sub-sections executives, mayors of CPDM-run councils and parliamentarians. Philemon Yang, also Prime Minister and Head of Government wants to encourage militants and fine-tune strategies to pull out crowds of CPDM sympathizers and supporters at all the ceremonial grounds in the region on May 20 – the 46th National Day.

In the North West Region it is increasingly difficult to openly associate with the party. Assailants ‘fighting’ for a breakaway of the North West and South West from Cameroon into a state named ‘ambazonia’ target members of the CPDM Party. Recently, a sub-section president Lenyuy of Kikiakom in Bui Division was pulled out of his house in the early hours and shot dead by unidentified gunmen and his house burnt. The houses and a car of two militants were burnt in Meluf in the same division. Hierarchy of the party in the region, fear threats and intimidation from the armed separatists could ward off militants from taking part in the National Day celebrations.

However, local party authorities in the region who spoke to us and refused to be named are worried the trip of the Prime Minister could be seen as provocation by the assailants. Who could undertake more attacks on CPDM militants, sympathizers and supporters after Philemon Yang drives back to Yaoundé. According to them discrete meetings are preferable because the safety upon return to the villages, of the grassroots executives without security detail is uncertain.

Meanwhile, supporters of the move, say the coming of the Head of the Regional Permanent Delegation is necessary because he will have a first-hand report of the state of affairs of the party in all sections and treat worries immediately. Moreover, according to them it is in tough times that loyalty of a militant is tested like wisdom in a furnace.

Philemon Yang’s visit is the first to the region after the defeat of the CPDM at March 25th senatorial polls although the party had more councilors than opponents. Several reasons are blamed for the defeat that seemed unlikely. He certainly wants to make hey while the sun shines and avoid another defeat of the party in next elections: municipal, legislative, presidential and maybe regional. 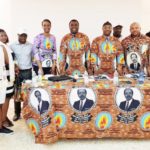 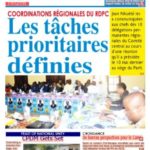