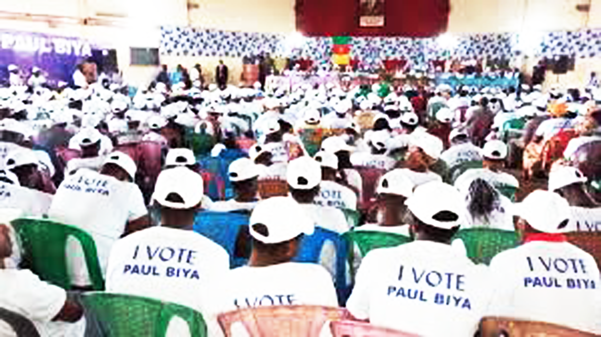 The CPDM campaign team in the Ngoketunjia III section-Babessi is bent on obtaining a sweeping victory.

Enough is enough, residents of this area promise to ignore the SDF “and their lies”, the UNDP and UDP tagged insignificant opposition parties running for the twin elections in the sub division and throw their weight behind the CPDM for the desired change to follow. Great underground work has been done to wade off the gunmen and ensure that the population stays safe as they prepare to cast their votes for the CPDM come February 9. Unable to gather, the militants have adopted different strategies amongst which the door to door, mouth to ear and above all telling the people that only the CPDM has the interest of all  Cameroonians at heart. This is the reason militants are not giving up on their bid to meet the population despite threats from separatists. According to a militant who refused to be named for security reasons, “we are confident that the CPDM will obtain a sweeping victory in our section because we have the full support of the population”, he said.

Babessi subdivision is made of four villages namely Baboungo, Baba I, Babessi and Bangolan.  Reports from the various trips to the fondoms reveal that the population is totally in the race in favour of the CPDM. The population here has promised to trample on the SDF tagged “a toothless bull dog, which barks but cannot bite”. The two other parties in the zone are the UNDP and the UDP, which they consider as insignificant. All said and done the race is on and there is no relenting of their efforts until the desired result is obtained in favour of the CPDM. Reason why militants in the section are burning the midnight candle, leaving nothing to chance in ensuring that they reach every elector by all means.

Scales are also said to have fallen off the people’s eyes as they have realized that the “opposition parties” are fighting for nothing but their selfish interests.

CPDM militants in this area are ready to win the council and parliamentary seats.

The CPDM-led government has granted meaningful development projects and favours to Nkoketunjia; Babessi wants to vote for CPDM candidates as a sign of gratitude to the Head of State. Their efforts are also a plea for him to ensure that peace returns to the sub division, the entire region and the country at large. 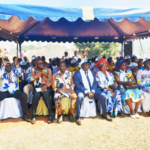