Described as the ‘political Maradona’ of the South West region, he was posthumously raised Commander of the National Order of Valour

Militants and sympathizers of the ruling CPDM party on August 8, 2020 rendered a befitting tribute to Nhon John Ebong Ngolle political bureau member of the Party, who died on July 2, 2020. The mobilisation was impressive as militants from Meme IA section in Kumba as well as those of Kupe Muanenguba turned out in their numbers to say adieu to their comrade. Heading a strongman delegation from the Central Committee of the CPDM, Minister Talba Malla, Organising Secretary at the General Secretariat was bearer of Jean Nkuété’s condolence message. In it, he noted that the fallen man’s tenure of office was “marked by a touch of class, spiced with political savvy and infectious smile peculiar only to himself.” It was recalled that Minister John Ebong Ngolle served in several capacities comprising, DO, SDO, governor, Minister to name but these. Minister Talba Malla noted that the political leader’s “passion and patriotic nature coated with such unshakable loyalty and fidelity to fatherland are hallmarks for future generations to emulate”. While consoling the population of Kupe Muanenguba for their loss, he, on behalf of the Secretary General of the Central Committee of the CPDM entreated them to accept their sincere condolence.“Politically he remained a steadfast CPDM party militant till his death. He rose from grassroots militant to the highest rank of the party, the Political Bureau”, the head of the delegation added. This is political zone reserved for a select few of the nation and the heartbeat of the Party. Other close friends and political colleagues like Senators, Members of Parliament, General Managers and Board chairs of State corporations poured heart touching eulogies. Representing President Paul Biya, Bernard Okalia Bilai, Governor of the South West region posthumously decorated the deceased. Members of the Central Committee delegation included amongst others, Chief Tabe Tando Ndiepnso, Member of the Central Committee, Pr. Elvis Ngolle Ngolle, Coordinator of the CPDM Academy, Mrs. Ntuba Beatrice, Forju Bernard Ateawung and Mr. Monono Humphrey Ekema, chargé de mission for the South West regional delegation of the Central Committee. 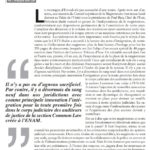 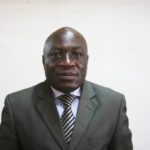