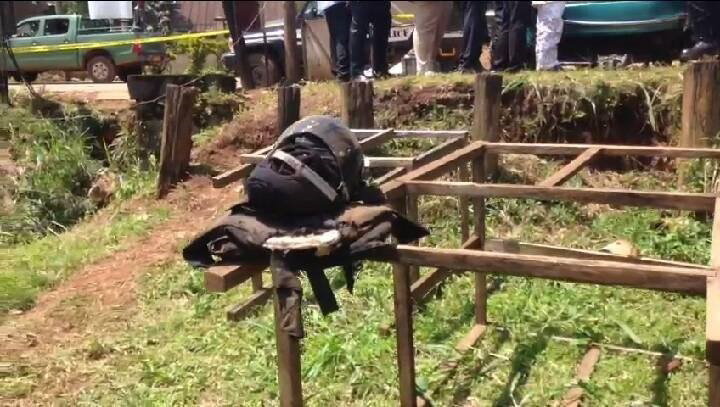 Shrewd management of Cameroon’s customs sector has continued to pump more money annually into the state purse despite crisis.

It is said that figures do not lie. Since Fongod Edwin Nuvaga took over in 2015 as the Director General of Cameroon Customs from Minette Libom Li Likeng, the current Minister of Post and Telecommunications; revenue has improved year-on-year. The rising figures are attributed to reforms and more probity in a sector that is often accused of under-thetable deals. Revenue jumped from 678,1 billion in 2015 to 683,8 billion FCFA in 2016. And in 2017 it scaled up to 732,7 billion FCFA. The figure climbed to 803,2 billion FCFA in 2018 and skipped to 840 billion FCFA in 2019. Between 2015 and 2017, the insurgency of Boko Haram was at its peak in the Far North region of the country. Insecurity in the area disrupted trade. Businesses stopped importing through the region from Cameroon’s neighboring countries especially Nigeria; the giant economy of Africa. As the coffers took a jab from the insecurity in the Far North Region, the socio-political crisis in the Northwest and Southwest regions turned into an armed conflict. These two regions are entry points. Customs revenue could have slumped. It took reforms and rigid management to maintain revenue figures of previous year but to also spur a string of increases annually. Litigations raked in revenue. 6579 cases of disputes brought in about 5,8 billion FCFA and over 7,3 billion FCFA as fines. In 2019, the number of cases jumped to 8589 disputes and added 18,2 billion FCFA to the customs revenue. This outcome stems from the reforms that continued from 2015. Payment of customs duties and taxes on goods was digitalized. Introduction of a unique transit document and putting in place of the Cameroon Customs Information System, CAMCIS meant to dematerialize customs proceedings are among some of these reforms. Under Fongod Edwin Nuvaga, the Cameroon Customs kicked off Operation Halt Illicit Trade, HALCOMI – French acronym. Now in its third phase, the brigade fights smuggled and contraband goods. In the first half of 2019, the brigade brought in over 900 million FCFA. The customs sector can boast of a specialized corps of navy customs officers. In unison with the regular armed forces, this new breed of customs officers would help to grow C a m e r o o n ’s blue economy. The future of the Customs Sector in C a m e r o o n would be bright. A Customs Training Centre, Data Centre and a modern Disaster Recovery Centre; all in view, would change the phase of the sector. In the future, Cameroon Customs would stop squatting and move into its own home as studies of a headquarters have been completed. The dry ports of Ngaoundéré and Belabo would mean more revenue from the sector, if construction follows completed studies. The reforms and tenacity of the Fongod Edwin team has earned the Cameroon Customs several distinctions since 2015. The COVID-19 pandemic is another challenge that has disrupted world trade. As in the past, the Cameroon Customs could pull off the challenge. 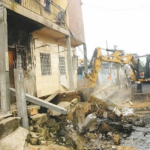