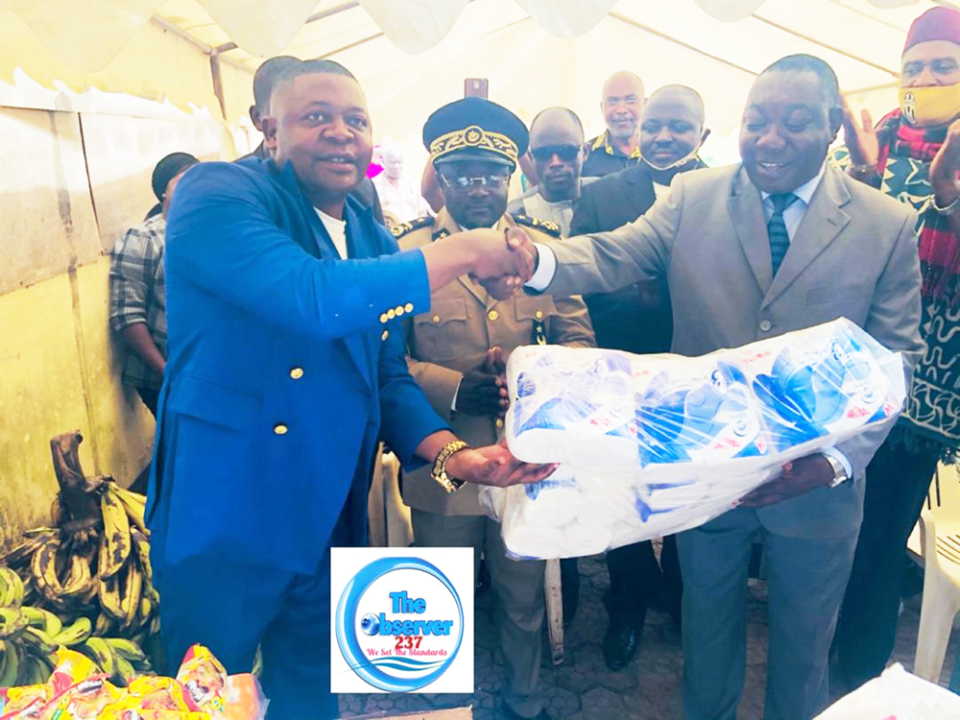 The Mayor of Bamenda II Chenwi Peter and a col- lege of councilors paid a visit to the Bamenda Disar- mament, Demobilization and Reintegration Centre (DDR).

On November 11, 2020, Bamenda II Council offered gifts to ex fighters that have left the bushes and dropped their arms. The young adults were members of separate armed groups that have been carrying out atrocities in the North West region since 2017 when strikes of the lawyers and teachers transformed into a crisis. Chenwi Peter on behalf of the council handed foodstuff to the Centre. Garri, plantain, beans, corn, sweet potatoes, seasoning cubes, tomatoes, cooking oil, sugar and salt. He also brought toiletries: tissue paper, pads, soap. The council also offered 200,000 francs CFA to the ex-combatants. The Bamenda II Mayor is the first elite to visit the Centre since its creation on the November 30, 2018, according to the Coordinator of the Centre, Sixtus Gabsa who during the visit presented the Centre. He described it as a “peace building structure that was created to supervise, organise ex-combatants from the Anglophone crisis and the war against Boko Haram.” President Biya has not ceased his plea to the combatants to drop their weapons, rehabilitate themselves at the Centres and return to the society instead of dying from bullet wounds in the bushes. 32 ex-fighters have left the Centre and have been reintegrated into the society. Bamenda DDR runs a regular school setup and vocational centre for the acquisition of skills. The combatants receive the attention of administrators and their problems are resolved with utmost immediacy. Two combatants from the Centre were operated upon, according to the Coordinator, who revealed that two newborn babies; a boy and a girl have increased the number of residents. Today, forever The Mayor says his Bamenda II Council will support the Centre on regular basis. Mayor Chenwi said: “I want to first of all congratulate them for adhering to the advice of the head of the state to drop their weapons and be reintegrated into the society. I know some of them personally and I will continue to support their stay in this centre.” The Mayor asked examba boys and girls to embrace discipline and respect of the rules and regulations of the centre. He advised against the intake of hard drugs. The Centre currently hosts 162 ex-combatants, more than the capacity of the adapted structure but a specialized structure is under construction, according to the Divisional officer for Bamenda II Nicholas Nkongho, if more combatants heed to President Biya’s voice of reason. The DO tasked the ex-fighters to convince more of their ‘comrades in arms’ to drop their weapons and move into the Centre. 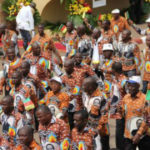 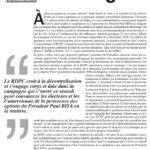