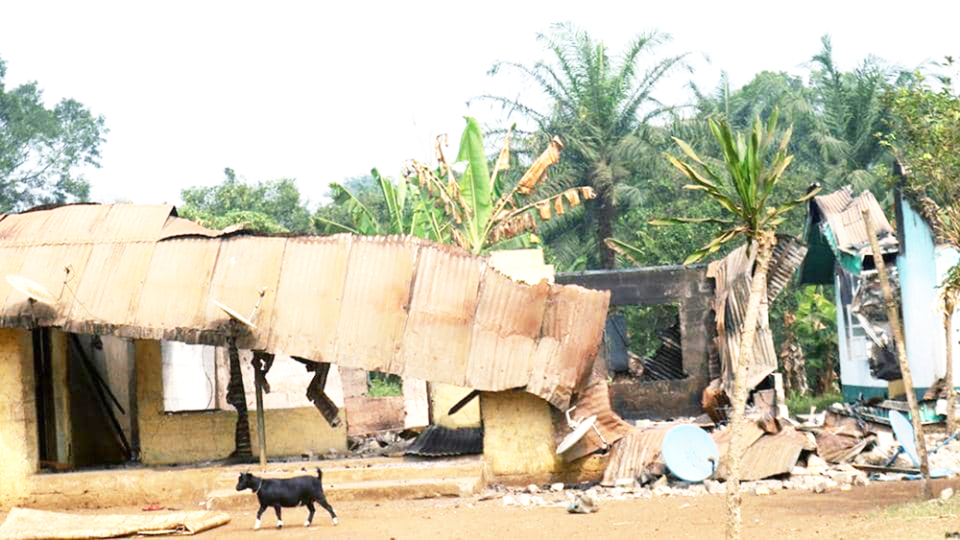 Individuals and institutions such as churches, councils [including the government] and other organisations after providing data are anxiously waiting.

Although authorities of the Presidential Plan for the Reconstruction and Development of the Northwest and Southwest Regions have refused to speak the media since visiting Bamenda and Buea in July 2020; much work, mostly data collection has been done.
Officials of the PPRD-NW/SW have organised three trainings with local authorities within municipalities; that hinged on data collection. Commissions were set up at the councils. Divisional Officers, mayors, religious and traditional authorities, women and youth, security officers are among those that make up these commissions. The data collection is funded by PPRD-NW/SW.
In Ndu – a municipality in Donga Mantung Division of the Northwest Region, for example, there are 4200 cases of knocked down properties. Schools, bridges, council property, security posts and houses are among the properties destroyed. Other areas could have more alarming figures. Calm is gradually returning to Ndu. But, in some parts of the two regions, properties are being razed down.
After providing this data, the victims cannot wait to see the take-off of the two-year reconstruction plan as rolled out by government. This is one of the challenges Cameroon faces in 2021.

Raison d’être
The presidential plan for the reconstruction and development of the two English-speaking regions was birthed in March, 2020. Many liked the decision by the government to rebuild even though there are still have loud bangs in some communities in the English-speaking regions and sporadic attacks from Boko Haram, in form of suicide bombs.
The crisis in the two English-speaking Regions and mayhem (by Boko Haram) in the Far North has knocked down buildings and torn apart lives. Victims want to resettle in their areas and have essential services like health facilities working or water flowing again. Recently, thousands of refugees crossed back to Cameroon from Nigeria. Some will only see tall grass where their houses used to stand.

So far…
Since government announced the lofty plan, evident reconstruction is missing but the paper work seems to have advanced significantly; giving hope that physical execution of the plan could begin this year. The Coordinator of the Presidential Plan for the Reconstruction and Development of the Northwest and Southwest Regions Minister Tasong Paul [and team] for example, has held two announced meetings with partners – local and foreign. L’Action found that several undisclosed meetings have taken place. The Coordinator also led a team to Bamenda and Buea, two months after his appointment in April. Where he explained the plan to the locals and took note of their inputs.
The arrival of the Regional Councils on the scene requires consideration. These new grassroots authorities need to be involved in the plan. Minister Tasong Paul agrees. Before the regional councils got into the picture, authorities of the reconstruction plan had started working with the municipal and city councils. At the regional level, the new regional assemblies could be brought in.