Sensitization has been a wonderful weapon that the CPDM makes use of and the party always starts ahead of time.

With the opening of the voter’s lists in January 2021, CPDM grass root authorities are already on the field sensitizing the population to ensure that they get themselves registered. The CPDM always prepares for any event ahead of time. Voters’ registers in Cameroon open every year in January and remain until the month of August, except an electorate is convened. Electoral periods in Cameroon involve an impressive mobilisation of human, material and official resources. Registration on the voters’ lists is very important because it enables government to register and know the number of potential voters it has in the event of an election.
Every year many people gain voter eligibility. Those who die are also replaced on the lists. This explains why the CPDM always activates mechanisms to ensure that new and old militants regularise their states.
At the receiving end are the grass root populations, who over the years witness authorities of different parties, the elite come to remind them of this very important responsibility. Registration usually goes with preparation in that every eligible voter has to be an owner of a National identity card. However, it has always been a challenge especially in the hinterlands where most eligible voters usually do not have identification papers as the birth certificates. They blame this on the fact that civil status registration offices are far off or, none existent or that they lack money. A situation, which usually beacons on the support of the elite and grass root party authorities.
The Momo West section President Akwa Stephen Tambu says, “Our lone civil status registration office is found in Mbengwi, to ease work for our militants we go to them, collect their documents and go to Mbengwi for the processing”. During these occasions also, the authorities have the opportunity to see through the mirage, and unearth some of the challenges that the militants face like the lack of roads, portable water, and health facilities, to name but these and to bring them to the attention of hierarchy. 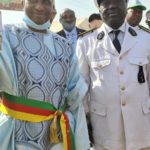