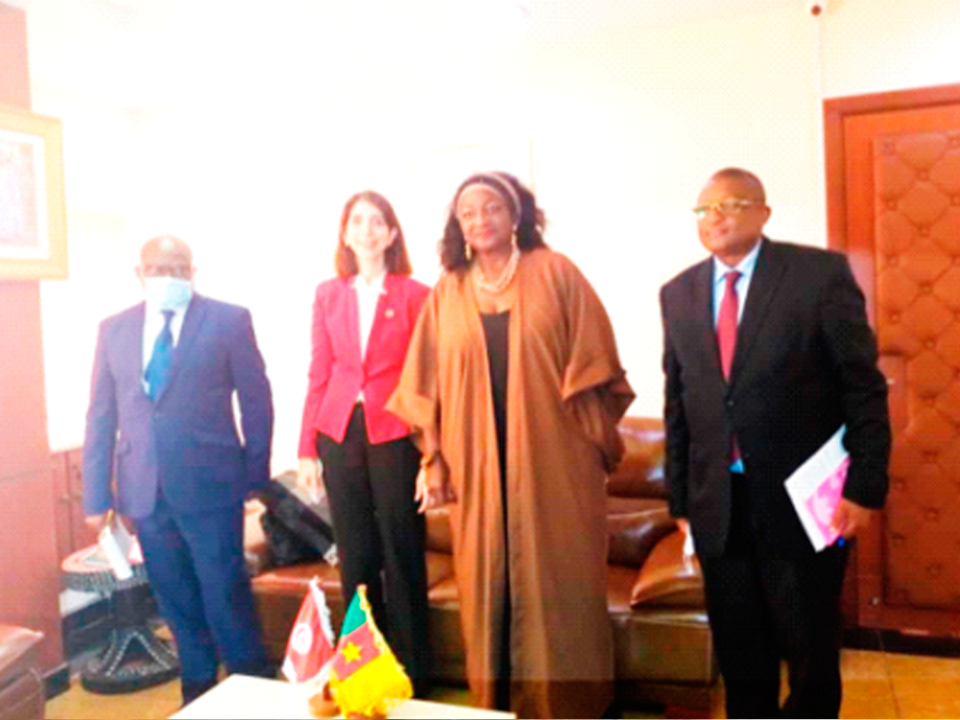 During the audience Her Excellency Ayse Sarac promised to continue following up MoUs signed by Turkish companies and the Ministry of Housing and Urban Development.

The Minister of Housing and Urban Development Ketcha Courtes last February 8, 2021 received in audience the Turkish Ambassador to Cameroon. Both personalities appraised the excellent ties between the two countries, the fruits of which are visible in several domains – one of which is the Japoma Stadium in Douala, an architectural jewel that was highly appreciated and admired during the just ended CHAN football competition. In the presence of the ministry’s Secretary General and Director in charge of cooperation, Minister Ketcha Courtes and her august guest reviewed some of the Memorandum of Understanding signed by her ministry and Turkish companies and the eventuality of a follow up even after the Ambassador’s departure from Cameroon.
While appreciating the beneficial ties both countries enjoy and particularly with the Ministry of Housing and Urban Development, Ambassador Ayse Sarac noted, “our countries have long-standing relations and I am very glad that it has been very fruitful with big infrastructure projects like the Japoma Stadium. I therefore came to extend my thanks and ensure that the efficient cooperation will continue and deepen in other domains”.
Both parties reviewed activities undertaken by MINHDU and Turkish companies through MoUs signed in 2013 and 2019. These were aimed at accompanying the ministry in restructuring and renovating shanty neighbourhoods, given Turkish companies’ knowhow in this domain. Minister Ketcha Courtes not only lauded Ayse Sarac for closely monitoring the construction of the Douala Omnisport stadium but also the access roads and parking lot of the beautiful stadium, which were her ministry’s project. “The Japoma stadium is a beautiful infrastructure offered by the Head of State Paul Biya to Cameroonians and it was constructed by Yenigün (Turkish company). I have thanked the Ambassador for the follow-up, which was meticulous as we met often to evaluate the level of works and accompany the construction companies to accelerate work in readiness for the just ended championship that our country hosted”. While wishing the outgoing ambassador Godspeed, the plea was for her to continue monitoring ongoing projects in the country.
C.C. 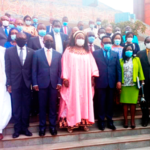 Inclusive and Sustainable Development : UN, Cameroon in One Accord 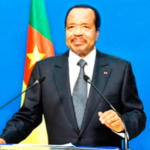