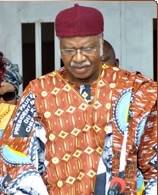 Members of the Northwest PRD and PDD met in Yaoundé on Monday, March 22, 2021 to evaluate the road covered.

Gathered around the Head of the North West Permanent Regional Delegation Yang Philemon, each division gave an update of work done, plan and difficulties encountered.
Attendees also exchanged knowledge on the best practices. The methodology of Mezam Division captured the attention of other delegations. That wanted to borrow a leaf from their mode of operation. Zoom and a whatsApp group are the networks the Mezam Delegation and Validation Committees are using to hold meetings and remain in touch. This saves time and mitigates security risk. The WhatsApp group permits the stakeholders of Mezam Division to interact in real time.
Each delegation has inferred from archived data to run the empirical exercise that aims at weeding off ghost cells and militants. But data is sketchy and missing in some areas. Philemon Yang insisted on gunning for accurate and clean data. He said: “introducing fake figures is deceiving ourselves[CPDM]”. He reminded the delegations that cells must be geographical located and named.
There was an open exchange during meeting. Anyone was offered the opportunity to air their views or put forth suggestions that could improve on the conduct of the exercise.
The poor security situation of the North West has made the task herculean; although the seven delegations are braving the odds to meet the deadline. Yang encouraged the delegations and validation committees to speed up the process and avoid missing deadlines.
The North West PRD has scheduled another evaluation meeting next Monday March 29, 2021. Before April 4, 2021 – deadline set by the Central Committee of the CPDM for PRDs to receive data from PDDs, members of both delegations will move to Bamenda.
The PRD has given FCFA 100,000 to each section to facilitate the process.
During the meeting, tribute was paid to fallen militants. Prof. Daniel Lantum, Member of the Central Committee, Elizabeth Mofor, WCPDM President of Bafut, Member of the WCPDM National Bureau and Regional Councilor, and late Mariatou Amadou, Regional Councilor. 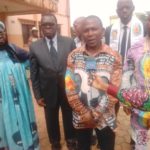 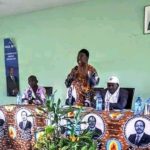