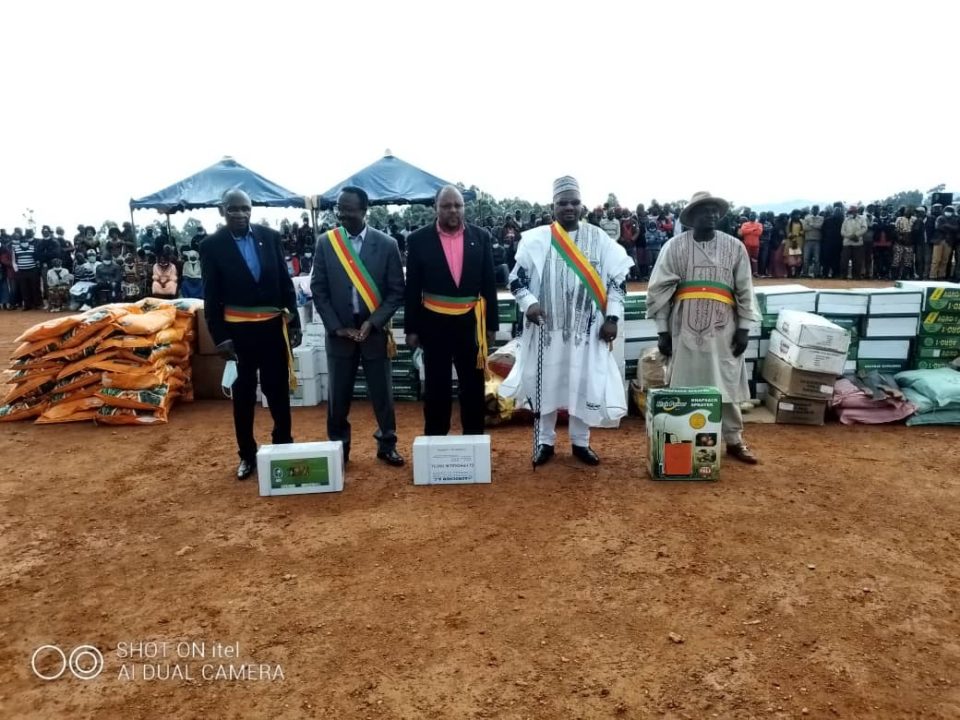 Minister Paul Tasong, Senator Lekunze, Hon. Bernard Foju and others were donors of the farm inputs to populations.

The population of the three subdivisions that make up Lebialem division, received farm inputs comprising planting seedlings, insecticides and pesticides, spraying machines, wheel barrows, rain boots and physical cash. The gesture is aimed at assisting the farming population during this farming season, to enable them reduce cost of production and increase output. The event took place at Nkongle village in Wabane subdivision, last Sunday June 13, under the coordination of the administration, elite and the three mayors of Lebialem division.
The powerful outing of the trio, Minister Paul Tasong, Senator Nfon Lekunze and Hon. Bernard Foju, with items worth millions, is also another way of telling the population that their steadfastness behind their elite and the CPDM party is paying off. Due to the present socio-political crisis affecting the two regions of Cameroon, with Lebialem division not exempted, it is the wish of the elites to see that the agricultural sector, which is the backbone of the division is revived. Donation of farm inputs is the most cherished gifts anyone can offer to the population of Lebialem division.
The outing of the trio, shows a strength in unity as to the quantity of inputs donated, instead of donating on individual basis, which will have little impact. The donors equally offered cash to the various mayors to facilitate the transportation of the inputs to the different localities. Beneficiaries of the inputs showered praises on the elite for coming to their aid at this trying moment.
“ I thought our big people had forgotten about us. It has been long we received such consignments. I am going home with huge consignments of farm inputs which will help me greatly in my production this year. I will even use some of these materials throughout my life. I am very grateful for the assistance,“ a lady from Wabane said. Apart from the recent outing, the elite has been working tirelessly for the return of peace in the division. Electricity destroyed by Separatists has been reinstalled in most areas of the division, most interior roads have been rehabilitated, while the three mayors have been ensuring proper follow up and execution of these projects. 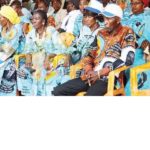