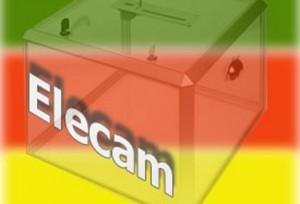 If the number of newly registered voters is where it is today in the south west region, it is due to the commitment of the staff of the elections organizing body Elecam, which had a rather rocky beginning. Over 162000 voters have been registered as the statistics from the last census indicated that 45% of the population is of voting age. Voter registration was launched in the south west region in August 2010, with just one support staff per council area at the time.

With the disgruntlement from the public as concerns the structure’s functioning, the south west regional bureau had the challenge of clearing people’s minds on the fact that Elecam was not part of the ministry of Territorial Administration that was formerly concerned with the organization of elections in the country. A sensitization exercise was needed, to assure the population that the structure was an independent body with a specific objective, organizing free and fare elections in Cameroon. With the help of the media, Elecam’s authorities sought to clear the bad name it was already being given, preparing to hang it thereafter.
With the regional headquarter situated in Buea, 99% of the structure’s staff is made up of vibrant youths, fit for the daunting task. In order to meet the task set by the south west bureau to massively register people for the upcoming elections, strategizing was primordial. The distance of elecam’s offices from some villages of the region posed a huge obstacle to voter’s registration, for instance in the Ndian, people had to pay the sum of 2000 FRS to get to a registration post. The issue of non possession of ID cards by many, considered to be a very important document for the registration process was nerve wracking. This made the process slow as only 5 persons came for registration per day. By January 2011, the tides began changing through the strategies drawn by the authorities of the structure to boost voter’s registration. According to the communication’s officer Moki Stephen Mokondo, “Meeting the people at their work places was a wonderful initiative”. Making use of public celebrations and gatherings was quite instrumental. February’s youth day celebration was well utilized as mobile teams were sent to grandstands and other commemoration grounds to sensitize the youths on the importance of registering and voting. Teams were deployed to areas like Bokova and Bonakanda to get youths of voting age registered in elecam’s lists.  The women were targeted in March during commemorative activities to mark the celebration of the women’s day in the south west region. Away from their farms, the women who turned out in their numbers were beckoned to make their voices heard during elections and this could only be if they got registered. In a bid to widen their chances, elecam sent teams to schools and offices to meet teachers and civil servants during staff meetings for as Moki Stephen said, “These people have specific times of being in their offices so targeting their jobsites was worth it”. The teams equally went to ministerial delegations and offices, convincing people to get registered in order to be able to carry out their civic duty of voting.
The Head of State’s announcement reducing the cost of production of IDs and eventually making them free of charge saw an increase in number of people turning up to register. With registration teams meeting people at police stations, the authorities took as a challenge to go in search of people and gain on time. President Biya’s announcement to recruit 25000 youths into the public service served as a booster to registration as many registered in a bid to extend their gratitude to the president for considering the plight of the Cameroonian youth.
The south west bureau of elecam has nonetheless had its dose of challenges. The remoteness of some areas rendering access to these places difficult has been a bottleneck for the staff. Cases of elecam staff getting missing for instance in Konye one of the localities of the region, where there are only foot paths have been recorded. To facilitate work though, the acquisition of pick ups and motor bikes was god send to the staff that equally saw their salary situations redressed. Generators were offered to areas where black outs were constant to safe guard recorded information in the computers. As the countdown for the elections narrows, the authorities and staff of the south west bureau are putting in last minute efforts to up the number of potential voters and get the region’s participation at its best. 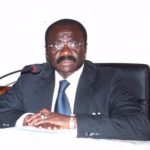 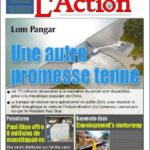