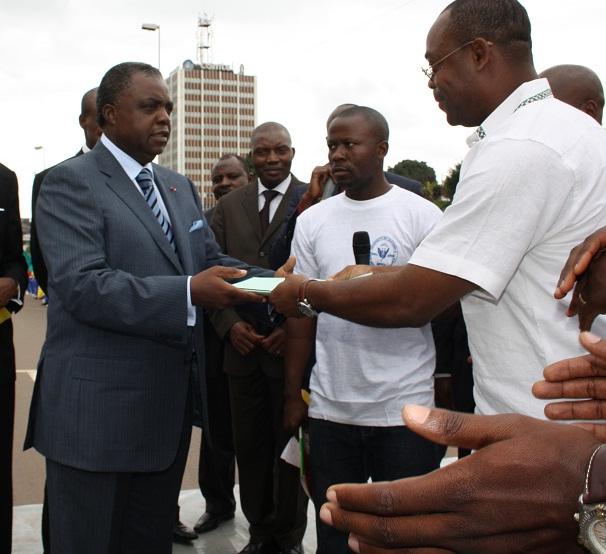 In the presence of a delegation of the central Committee of the Cameroon People’s Democratic Movement (Cpdm) led by Secretary General, René Emmanuel Sadi, a march of young people Wednesday downtown Yaounde launched campaign for President Paul Biya.

His candidacy for the next election was officially announced Sunday after it was deposited by a delegation of his party, the Cpdm. »This effort reflects the joy of youth in the nomination of the Head of State. We were worried to see that many people hand in their applications, except him, « said Evariste Abessolo, President of the Association for the support of democracy in Cameroon (ASDECA ).
The rally organized at the May 20th Boulevard, in Yaounde, was followed by a walk on some streets of the capital city, brought some 55.000 participants, with th support of Chantal Biya’s Youth (JACHABI), named after the First Lady of Cameroon, amongst others.
« We brought together close to 600 principle associations and young people from several regions, « said Abessolo who said they support President Biya because “he is the only candidate that we take seriously, the only one who finds solutions to Youth problems, the only person that can give options to young people.  »
“We thought we should come together not only to express our satisfaction but to call all young people to rally behind him… he is a great apostle of peace in Cameroon, Africa and around the world, « he said.
A thank you letter accompanied by a motion of support was addressed to Paul Biya through the Secretary General of the Cpdm. In the coming days, »We will to mobilize all the youth to vote massively HE Paul Biya and ensure his Victory in the days ahead” Evariste Abessolo added.
The publication of the list of retained presidential hopeful from the lot of 54 including three filed after the deadline is expected soon as the Electoral Board of Elections Cameroon (ELECAM, the body responsible for organizing the election) seats today Thursday 8 to decide. The campaign will be officially launched on September 23, two weeks before the vote. 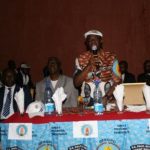 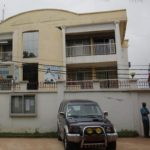