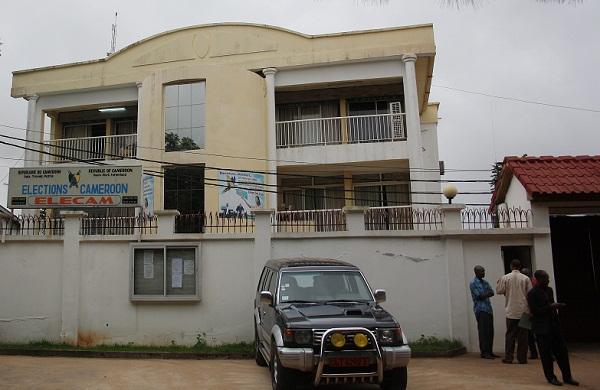 The 18 members will scan files of 51 presidential hopefuls handed in the offices of Elecam nationwide over the weekend.

The body has up to 20 days after the convening of the electoral college last Monday August 30  by the head of State, Paul Biya to rule on the admissibility of the candidates according to the  dictates of Cameroon’s electoral  law. Although the body has the prerogative to reject or accept nomination papers, a petition can still be filed to the Supreme Court. The court has not more than 10 days to rule over by the provisions of the law.
Elecam comes to replace the ministry of Territorial Administration and Decentralisation which before now was charged with the conduct of elections in the country. The creation of the independent body was after consultations with various publics and the upcoming election is regarded as the body’s “baptism of fire”. “We want to be judged on our results, I am confident we will do a good job” Fonkam Azu’u, President of Elecam remarked.
Presidential poll is slated for Sunday October 9. The unprecedented 52 candidates is a more than a triple increase of 16 candidatures in the 2004 polls which incumbent President Paul Biya won. Some of these candidates have been referred to as outsiders who are in the race for the Fcfa 15 million minimum package government offers to support the campaigns of retained aspirants.
Amongst those who deposited nomination papers on or before the Sunday 4 deadline was the delegation from the Cpdm led by Emmanuel René Sadi, Sectary General of the party, who had come to hand in President Paul Biya’s candidature for the upcoming election. The chairman of the Social Democratic Front (Sdf) John Fru Ndi deposited his papers at the North West regional office on Saturday. Others include the chairman of Udc Adamou Ndam Njoya, that of Mp Jean-Jacques Ekindi, as well as Anicet Ekane of Manidem.
Three women would be part of the race, with Walla Edith Kahbang of Cpp, Esther Dang of Independente and Lamartine Tchana of Declic. 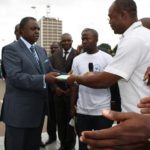