Section 20 of the bi-laws of the Cameroon people’s democratic movement holds that delegates to a congress include: members of the Central committee, members of the national executives of specialised organisations, presidents of sections of the party and those of its specialised organisations, militants who are parliamentarians, members of government and personalities ranking as such. As well, members of the economic and social council, provincial Governors, militants elected by the sections within the limits of the number fixed by the Central committee are equally fit to attend the congress.

The Central committee is made up of 250 members of which 150 are permanent and the others substantive. Specialised organisations include the youth and female wings of the party respectively known as Ycpdm and Wcpdm while personalities raking as such include Secretaries of state, Secretaries general in ministries, University rectors and Vice-Chancellors as well as any other official holding a similar position. Furthermore, first class and second chiefs are de facto members of the delegations that come from their chiefdoms. Every delegate is entitled to one invitation. In cases where a Cpdm minister or Member of Parliament doubles as section president, He/she will receive only one invitation.
Beyond the provisions of the aforementioned section which solely concerns party delegates, other attendees include guests. Generally speaking, guests include officials of diplomatic missions accredited to Yaoundé, members of political parties that have alliances with the Cpdm, religious leaders, officials of friendly parties out of Cameroon, etc. In this connection, officials from tens of diplomatic missions would witness the opening and closing speeches of this week’s ordinary congress as well as members of political parties that make up the presidential majority. Some of these parties include: The National union for democracy and progres (Nudp) of Belo Bouba Maigari, the National front for the salvation of Cameroon (Nfsc) of Issa Tchiroma Bakary, the National alliance for democracy and progress (Nadp) of Ahmadou Moustaphar, etc. Given that Cameroon is a secular state, provision would be made for invited officials from recognised religions in Cameroon (Christianity, Islam, the Orthodox Church, etc). Friendly parties out of Cameroon that would be invited may include, the Kwa Na kwa of the Central African republic, the Parti democtaic Gabonais, the Chinese communist party, France’s Union pour la majorité presidntielle, amongst others. 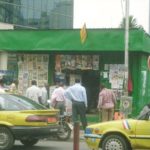 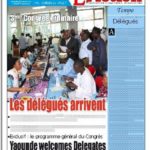