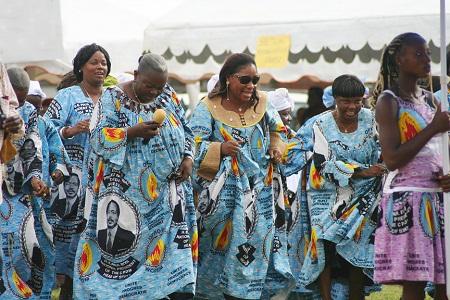 Aspirants for the Etoudi palace who competed at the October 9 presidential faceoff will know their fate today when the Supreme Court seating for the Constitutional council breaks the silence.

The Supreme Court will today October 21, 2011 declare the winner of the recently held presidential election. Due to hold at the Supreme Court, the solemn ceremony will be chaired by the First president of the house, Chief Justice Alexis Dipanda Mouele. In the build up to the event preps were at peak.

The path leading to the court room was made over. The whole structure received a new coat of oil paint. All the 23 presidential aspirants alongside other state dignitaries were officially invited to the ceremonial. At least 10 of the contenders were for the cancellation of the poll, but for lack of proof to back their claims, the Constitutional council rejected the suits. Some of them were honest enough to admit that their claims lacked proof and withdrew. Others who had constituted themselves in a click of seven to cause Cameroonians take to the streets in protest of the results if they were not cancelled have seen their call fall on deaf ears. Instead, Cameroonians want to know why the so called opposition did not form a front before the poll and preferred to do so when they saw victory lurking for the Cpdm candidate, Paul Biya.  According to the U.S ambassador to Cameroon, Robert Jackson, “the opposition is very unserious and its disunity greatly played to its disadvantage.” It is not the first time they are failing to agree on a consensual candidate for presidential election. In 2004, they constituted a coalition but disagreed at the end on who to lead them. While the majority preferred Adamou Ndam Njoya as candidate for the click, the Sdf chieftain, John Fru Ndi said he could not sacrifice his popularity for someone who is known only in his native Noun division of the West region.VigilanceThe verdict will be known today no doubt. But Cameroonians of all walks of life are expected to show love for their country now. The watch word remains vigilance. Nobody can determine where the rogues would want to start from. In reaction to the calls, the Secretary general of the Cpdm central committee, Rene Sadi urged his fellow comrades and Cameroonians in general not to heed to such tendencies. Presidential candidates Pierre Fritz Ngo and Daniel Soh Fone for their part have reminded Cameroonians of the need to remain calm and work for peace so that the country moves forward. In the meantime, life has maintained its normal course across the country. Douala which has often been at the forefront of riots has not given in to the manipulators. Post electoral riots have cost Cameroon enormous damage since 1992. Not only were houses and other property razed by fire, many lives were also lost. In 2008 during hunger unrest the cost of property lost by far surpassed the public investment budget for that year. The city of Kumba alone incurred damage to the tune of Cfa 695 million. According to Ema Lafon of the Wcpdm national bureau, “parents should ensure that their children who are the leaders of tomorrow do not heed to the cheap calls from the prophets of doom.” Security has been tightened all over the country. Plain cloth security operatives have been deployed to the hot spots. Douala alone has at least 5,000 elements while the nation’s capital is permanently on alert. 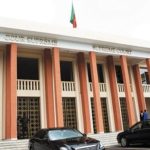