If the ruling party’s candidate, Paul Biya is declared winner of the October 9 presidential race this morning, it would be the fruit of mobilization and grass root presence of his party in the last twelve months.

Cpdm campaigns for the October 9 presidential election kicked off Saturday, September 24, 2011 with a 2,000 man taskforce assigned by the Secretary General of the Cpdm, René Sadi to rally votes for the Cpdm candidate in all the nooks and crannies of the Republic. The party opted for a door-to-door campaign strategy instead of big rallies as in the past, which failed to garner landslide support for its candidate. The party started preps earlier on Tuesday August 24, 2010. Following instructions from the National Chairman, the Secretary General of the Cpdm held talks with members of the Cpdm political bureau. It came after similar consultations with substantive members of the Central Committee. After these consultations, Mr Sadi signed a circular two months later on October 14, which carried the list of regional, divisional and council committees to boost voter registration over the national territory.  It read, “the different committees shall have the widest power to boost voter registration on the electoral registers of their constituencies in particular as concerns facilitating the issuance of the National Identity Card to Cpdm militants and sympathizers that do not yet have one. In addition, they shall ensure the effective collection of registration cards by those that were registered by Elecam.”  It further said, “to ensure the desired coherence and efficiency, the different levels shall be deployed in accordance with a schedule determined jointly with local officials of cells.” Campaign teams combed all parts of the country to ensure the massive registration of the party’s members and supporters of President Paul Biya. The goal was to garner votes to improve the score of over 70 percent of the votes cast, its candidate had in the 2004 presidential election. The regional committees meet monthly to forward reports to party hierarchy indicating the number of persons registered the rate of increase as compared to the 2007 poll, difficulties encountered and solutions envisaged to enhance the efficiency of their actions on the ground. The mandate of the registration committees ran from October to August 31, 2011, when the Head of State convened the Electoral College officially closing voter registration.Rene Sadi chaired an evaluation meeting of the Cpdm voter registration intensification campaign teams at the Yaounde conference Centre on Thursday, February 10. Also, the Cameroon Peoples Democratic Movement, had been mobilizing voters to register for months to support their champion Paul Biya, under the slogans of “People’s Call“ and “People’s Choice“.To drum votes from the youths, the party organized six ground breaking meeting within a period of two months stretch with members of the youth wing (Ycpdm). The youths declared their support for President Paul Biya , who according to them is the only candidate fit to face the challenges of the time in Cameroon. The youths declared, the peace today in Cameroon is thanks to the leadership qualities of President Paul Biya. A new mandate for Biya is for him to continue with development projects in the country that will guarantee jobs for youths. The measures President Paul Biya took to facilitate the acquisition of the national identity card, the necessary document for registration on the electoral register, resulted to an upshot in figures. Meanwhile, Prime Minister, Yang Philemon mobilized North West Cpdm elite to raise Fcfa 530 million in two months for Biya’s campaign.Opposition flawsWhile the Cpdm encouraged its supporters to register, the main opposition party, Sdf called on its militants January 17, 2011 not to register, it blew hot air that elections were not going to take place with Election Cameroon (Elecam) in what the party termed “its present form.” The party on August 7 turned around to urge all Cameroonians to submit to the voter registration exercise put in place by Elecam ahead of the 2011 presidential election. It lost a lot of time as two weeks later, the Electoral College was convened putting a stop to registration. This would reflect in today’s proclamation of election. A divided and disorganized opposition has failed to come up with a consensual candidate, which is why so many challengers ran against Mr Biya. 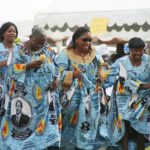 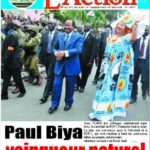