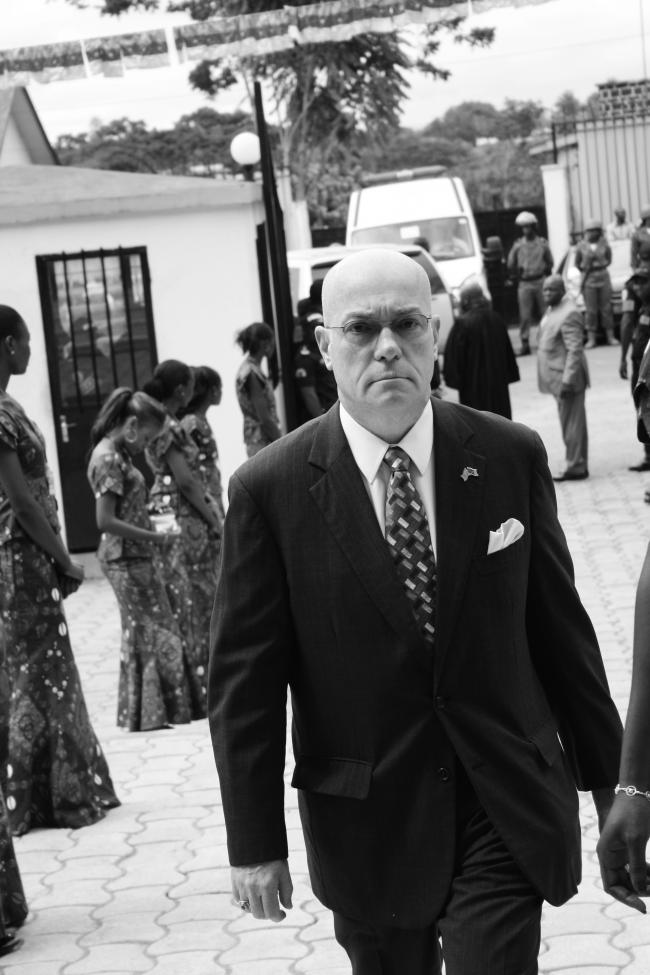 African, European, Asian and American diplomats accredited to Cameroon attentively witnessed the 8 hour proclamation of results of the presidential election.

As early as 10:00 am on Friday October 2011, country ambassadors and High Commissioners resident in Yaounde began crossing the main threshold of the court room of the Supreme Court. They sat on the left hand side of the room, directly opposite members of the Supreme Court’s judges, led by the first president, Chief Justice Alexis Dipanda Moullé.The noise provoked in the recent past by the purported desire of Western countries to manipulate Cameroonians and destabilize the nation caused media practitioners to be keen on the moves and gestures of the diplomats. Bruno Gain of France came in quit early. He greeted his peers and Cameroonian dignitaries who were close to him. He observed the scene, sad down, smiled and waited for the start of the ceremony. As time went on, other heads of diplomatic missions came in, notably Robert P Jackson, the ambassador of the United States of America to Cameroon. In a gentle manner, he majestically moved inside the court room and the saluted the minister delegate at the Presidency of the Republic in charge of Defense, Mebe Ngo’o Edgar Alain. He later shock hands with other personalities before sitting directly behind his French counterpart. Prior to the beginning of the official proclamation of results, Jackson and Bruno Gain had regular but snappy discussions which usually ended in smiles and friendly handshakes. Then followed the ambassador of the People’s Republic of China, Zue Jin Wei, minutes before the start of the event. As he moved into the hall, he was ushered to the “diplomatic section” where he chose to sit along the last roll reserved for personalities of his rank and status. On his part, the British High Commissioner to Cameroon, H.E Bara Joshua did not put up a noticeable behavior. As a matter of fact, the entire diplomatic corps present at the ceremony showed a lot of interest, listening to the reading of the results from one division to another and from one country to another, some of went out and returned to the court room a couple of times. This was the case with the British High Commissioner. Like him, Robert P Jackson equally stepped out by 5:18pm. Cameramen and paparazzi ran after him from the time he left the Supreme Court to the time he entered his light gold color two door jeep. He returned about 2-3 hours to the final proclamation of results.   By and large, members of the diplomatic corps who attended last Friday’s ceremony at the Yaoundé Supreme Court remained very diplomatic in virtually all they did: even those who were quick to express disregard and misgivings over the organization and conduct of the election in international media honored the invitation of the Supreme Court. Despite their identified farces related to the September 9 presidential election, they smiled and laughed with Cameroonian authorities present in the court room. A few of them illuminated the media on their views and overall appraisal of the electoral process. According to the aforementioned Chinese diplomat, “Cameroonians are to be congratulated because they have used open and transparent elections to choose the person who will rule them for the next seven years”. 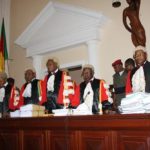