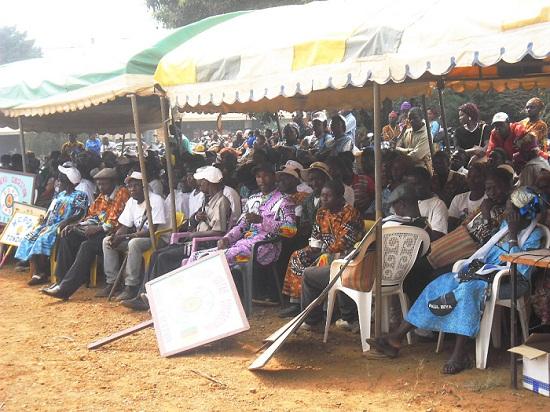 Mounting the rostrum late in the afternoon, the section President for Momo 1, Jacob Tembi underscored the importance of the process to the democratic evolution of the country.

“The Cpdm is a party that works for development in the country,” he said. According to him, the party that registers more militants on the electoral list. “This is what the Cpdm wants to do.” They called on the militants to be vigilant as they wait for “clear instructions on the modality for registering and voting in future elections.”In a circular signed earlier last week, the Secretary General, Jean Nkuete called heads of delegation to explain to militants, sympathizers, women and youth the difference between revision of electoral list carried out in the past and recompilation of the lists. He also enjoined them to stress on the importance of this new process “not just to the party but also to the credibility of Cameroon’s democracy.”  In line with the instruction of the party scribe, Mr. Tambi put together all the most have documents to register for an election while waiting for the “appointed time.” Passing on the message of the Sg to the crowd, Mr Sanji Joseph, member of the Central committee delegation advised to start preparing against “important” exercise so as not to be caught off guard when the registration would be announced.The Cpdm is yet to win any election here, although past statistics have shown a remarkable shift in votes for the Cpdm especially in the last presidential election. “We have always won wars (elections) as a country but lost several battles here (Mbengwi), Mr Tembi reminded the celebrants. He tagged the poor results for the ruling party as “errors of the past” which is “never to late to correct.” Recently appointed Member of the Central committee, Marus Chick blamed the “bad” results on what he called “deceptive politics”- narrating anecdotes on how several locals who gave him their word to vote for the Cpdm candidate, Paul Biya in last elections failed to respect it. “The best way to show support to the Head of State in the next 7 years of the major accomplishment mandate is to vote for the party in the next elections-legislative, municipal and senatorial,” he noted. It was also an occasion to look at the road coved in the last 27 years when the party metamorphosed from the Cnu to the Cpdm. Created in Bamemda some  22 Km from the ceremonial ground, the Cpdm in the eyes of the local officials here, has been at the forefront of Cameroon’s political life. It was also an occasion to salute the clairvoyance of President Biya as a leader. “Our country’s achievements are because of the experienced and pragmatic leadership of the the chairman President of the Republic, Mr Paul Biya,” the section President declared.Brainstorming Being a party which lays emphasis on reflection and action while seeking solutions to problems, the event went beyond fanfare and focused on the future of the party. Here, the party is plagued by lies telling, blackmail and positioning. Some think these vices have helped to prevent the party from a rapid growth in the area. A major challenge of the party, according to local officials is to win future elections. “We have to work towards future elections. We must continue to get closer to our militants where ever we are, so that they can be prepared for the next election,” Madam Regina Akuta, Wcpdm section President said.The Cpdm is the only well structured party in the country. There is an office of the party (section) in almost every sub division of the county. Momo 1 section counts 34 active subsections. According to the Wcpdm section President of Momo I, “the Cpdm in 27 years has succeeded to penetrate all corners and remote parts of the country.” The administration of the division lead by the Senior Divisional Officer, Mr. Ndame Moudourou Isaac graced the celebration. Heap Heap Heap-Hurah! , ended the series of speeches giving way to a cultural jamboree with at least 34 dance groups corresponding to the number of subsections. However, the militants missed an elite, Madam Ama Tutu Muna, Minister of Arts and Culture and head of the Central Committee delegation because of state duties. 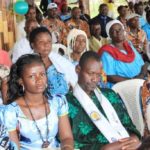 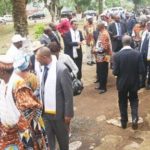